The actress Yami Gautam, who stars in the Aniruddha Roy Chowdhury directorial as a crime reporter, took to Instagram and confirmed the start of the film. “The shot is set. The journey kickstarts #Lost shooting begins,” Yami Gautam captioned the picture. 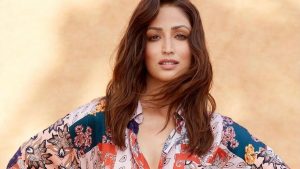 According to the filmmakers, the film will seek to highlight the issue of media integrity. The movie’s music has been composed by music director Shantanu Moitra, with lyrics by Swanand Kirkire.

About his next film, Lost, Aniruddha Roy Chowdhury said, “Designed as an investigative drama, at its core the film explores themes like commitment, responsibility, holding hands, and making our world beautiful and compassionate. For me, it’s important that any film I make should have a social context and that the stories are taken from the world around us. Lost is an emotional thriller that represents a higher quest, a search for lost values of empathy and integrity.”

Yami Gautam is an Indian actress who predominantly appears in Hindi films, alongside a few Telugu and Tamil language films.

She came to fame after starring in a series of Fair & Lovely commercials. She later made her television debut in Chand Ke Paar Chalo in 2008–2009 and also appeared in Yeh Pyar Na Hoga Kam in 2009–2010. Following this, she appeared in several South Indian films.

Yami Gautam made her Hindi film debut in 2012 with the comedy Vicky Donor, which was a critical and commercial success. She received praise as well as a nomination for Filmfare Award for Best Female Debut.