Akshay Kumar Didn’t Get Much Work Initially Because Of Chunky Panday; Full Story Inside 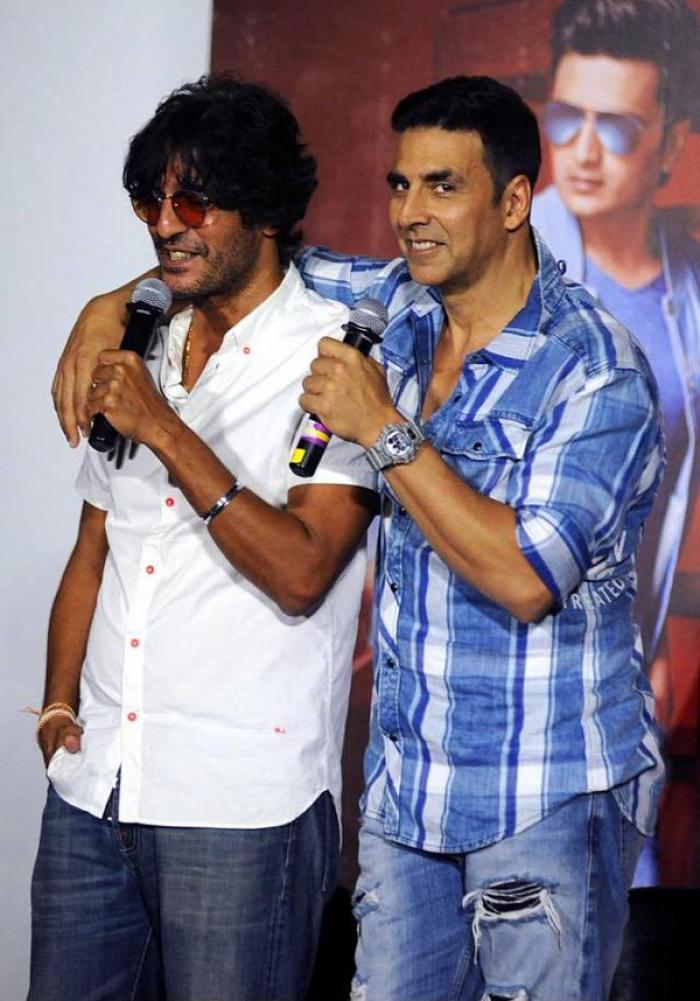 Akshay Kumar has made a firm holding in Bollywood. Besides comedy movies, the actor has also proved his mettle in movies that have a patriotic or social message. His next Bell Bottom is based on a true story of plane hijacks that shook India in the 80s era. Now we have come across a very interesting story from Khiladi’s initial days in the film industry.

Very few people are familiar with this piece of news that Bollywood actors, Akshay Kumar and Chunky Panday graduated from the same dance school. In fact, Chunky had taught Akshay acting and dancing back then. In an interview, Chunkey recalled an amusing story about that time. He even revealed that Akshay Kumar still sarcastically blames him for not getting ‘too much work’ in his initial days in the film industry.

While talking to Cyrus Broacha, Chunky Panday had shared that back then, when both Akshay and he used to go to the same dance school, he used to teach Akshay Kumar dance moves and some dialogue delivery. “He (Akshay Kumar) really makes me laugh about it. I graduated from a school called Madhumati’s Dancing School. So, when I was graduating… Akshay’s much younger than me, four-five years younger than me. Akshay was just joining the school. You know how it is, when you just join, the teachers don’t teach you, the senior students teach you,” Chunky Panday said.

He further added, “So, I used to teach him some dance moves, and some dialogue delivery. He still laughs and jokes about it. That’s why he says in the initial part of his career he didn’t get too much work or awards, because of the acting I taught him. He had to undo what I taught him and become a better actor, and that’s why he’s become, Akshay Kumar.”

Akshay and Chunky have shared the screen space in many movies like Housefull, Tees Maar Khan, and De Dana Dan. Both made the audience go ‘ROFL’ with their acting skills in these comedy movies. The funny duo was last seen together in Housefull 4, in 2019. Both Chunky and Akshay are close friends. Although they have done only 4 films together, their friendship is around 33 years old. Their Twitter exchanges are also fun to read. 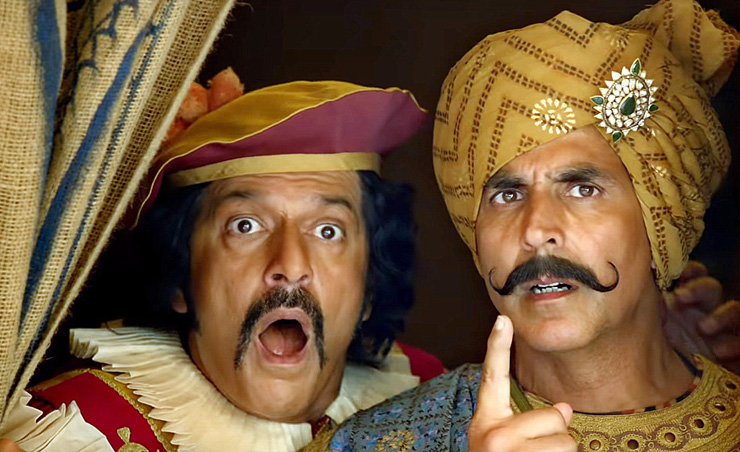 In 1987, Chunky Panday had started his career as an actor with the hit film, Aag Hi Aag produced by Pahlaj Nihalani. The film also starred versatile actors like Dharmendra and Shatrughan Sinha. Chunky had won the hearts of the audience instantly with his powerful performance in the film. Later, he was seen in hit films like Tezaab, Gunaho Ka Faisla, Aankhen, Paap Ki Duniya, and Qayamat: City Under Threat. From the year 2000, he started playing comic roles in films like Kyaa Super Kool Hain Hum, Himmatwala, De Dana Dan, and Humshakals.

Akshay Kumar had debuted with the film Saugandh in 1991. Since then the actor has never stopped entertaining us with his strong performances in movies like Bhool Bhulaiyaa, Special 26, Oh My God!, Heyy Babyy, Mr. and Mrs. Khiladi, and many other. His series of films with the title Khiladi earned him the name of ‘Khiladi of Bollywood.’