Bollywood star Alia Bhatt is pregnant with her first child. She and her husband Ranbir Kapoor are ready to welcome their child in the coming weeks. On Thursday, Alia’s sister Shaheen Bhatt attended a Diwali party, where the paparazzi called her ‘masi ji (aunty).’ Dressed in green and gold for the festival, Shaheen came alone to the party. 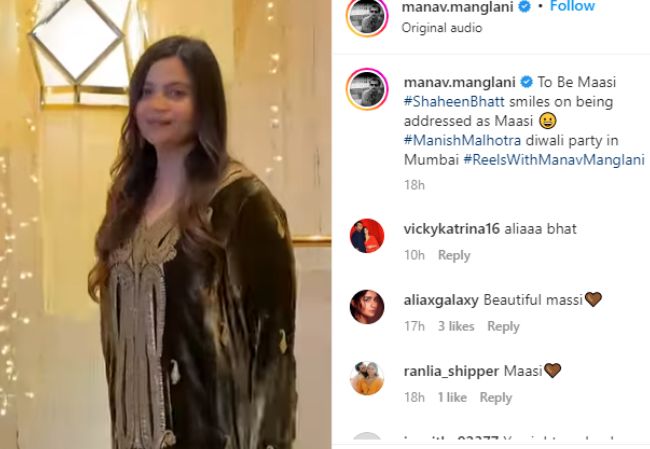 A paparazzi page on Instagram posted the video. Aunt-to-be Shaheen is seen walking out of her car outside fashion designer Manish Malhotra’s house as she made her way to the party. As she walked, a paparazzo called her ‘masi ji.’ The cute Shaheen smiled. She later posed for the paparazzi. In another video of Shaheen from a Diwali party, filmmaker Karan Johar is seen dropping her off in a car as she leaves the party. 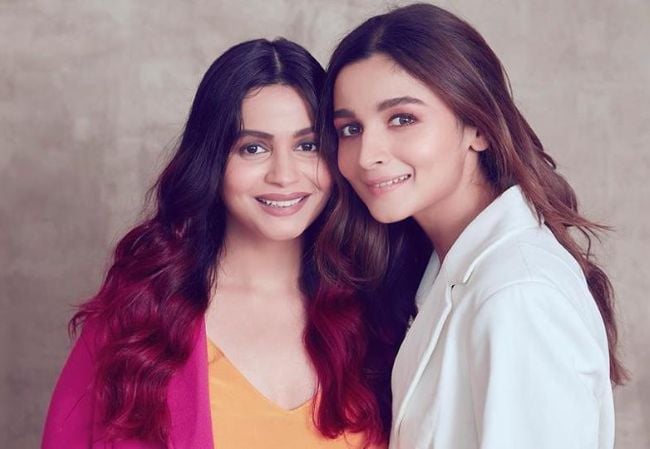 In a recent interview, Shaheen talked about people speculating that Alia Bhatt will put her work on hold as she will be a mother soon. She was reacting to a section of people’s comments on the social media platform about the actor getting pregnant before her marriage. The parents-to-be Alia and Ranbir got married in April this year. She (Alia) announced her pregnancy in June.