Once upon a time, Juhi Chawla was one of the most sought-after actresses of Bollywood. The talented actress left acting after her marriage. Recently she made an appearance on Zee Comedy show. Dr. Sanket Bhosale who is a part of the show as a comedian casually told Juhi that he’d read about Jay hitting on her with flowers for a year before she accepted his proposal and they began dating. Juhi blushed on hearing this and said “Embarrass kar rahe ho aap mujhe (You’re embarrassing me).”

Farah Khan who is the laughing Budha of the show noticed Juhi’s cheeks turning red. Juhi was then asked to elaborate on her love story with her husband Jay Mehta.

Juhi hesitated a little by saying, “Bahut purani baat hai, ye kya (It’s an old incident).” However, Sanket insisted. “Toh kya hua, naye tareeke se batao (So what, tell it in a new way),” he said. Juhi accepting the facts told by Sanket said in Hindi, “Yes, you’re right. He sent me flowers and cards every day for a whole year. But later I realized where these flowers were coming from. He has a factory of flowers.” 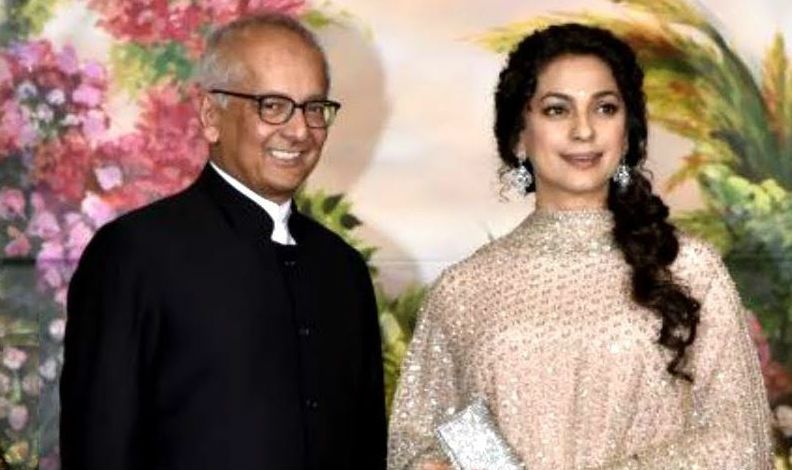 Later in the episode, Juhi and Farah also talked about their bond with the king of Bollywood Shah Rukh Khan. Juhi while talking about him mentioned an incident about how SRK is not very punctual. She told that she has invited him to a party, that began at 11 pm. While Shah Rukh Khan informed her that he would join the party little late and the actor ended up reaching her house at 2:30 am, and the party was over when he came and she had fallen asleep. 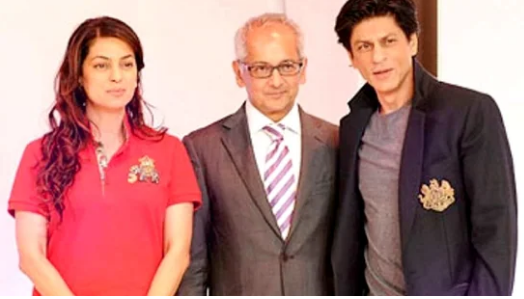 She said, “I had told him to come by 11 pm, but he had mentioned that he would come slightly late. Eventually, he came after around 2.30 am, by the time the staff had left and I had slept. The food was also over, everyone had gone home and that’s when he came.”

Juhi also revealed how Farah was a strict choreographer to them and when they used to work with her, they would nearly get a ‘thappad’ from her for not performing well.