The banging trailer of Karan Johar’s Jugjugg Jeeyo was released recently. Fans are very much liking the star cast and story of the film. At the same time, the film has been engulfed in controversy even before its release. Recently, a Pakistani singer Abrar-ul-Haq has attributed the song ‘Nach Punjaban’ to the film as his own and said that it has been used without his permission. Now Karan has been accused of stealing the script of this film.

The ongoing controversy regarding the song of Jugjugg Jeeyo was not over yet and now another new controversy has been entered into it. It happened that a social media user accused filmmaker Karan Johar of stealing his script. A Twitter user claims that he had sent his script to Dharma Productions in the year 2020, which has now been used by the makers for Jugjugg Jeeyo.

Had registered a story.. #BunnyRani with @swaindiaorg in January 2020. I had officially mailed @DharmaMovies in February 2020 for an opportunity to co-produce with them. I even got a reply from them.
And they have taken my story.. and made #JugJuggJeeyo. Not fair @karanjohar.

A Twitter user named Vishal A Singh tweeted that he has registered the script of Jugjugg Jeeyo ‘ in the year 2020 and asked Karan Johar’s Dharma Productions to co-produce the film. Vishal also replied to the mail after this but without his knowledge, the makers pushed the story forward. 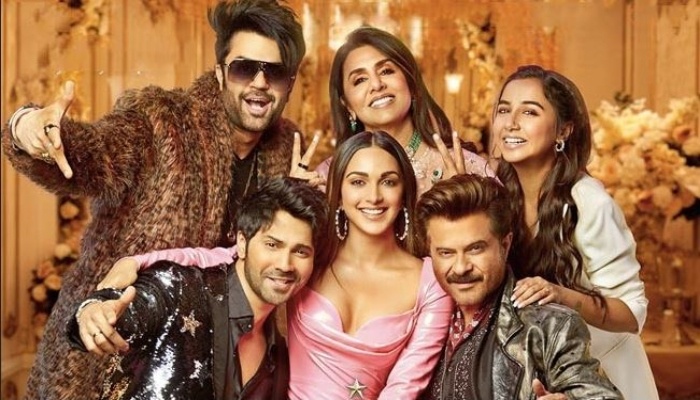 A lot of reactions are coming after this post on social media. At the same time, the accuser said, ‘If the story is good then..talk..shake hands.. make it together? It is not suitable for any prestigious banner. Any production house should do ‘chori-chakari’. If it can happen to me, it can happen to anyone in the Hindi film industry. Varun Dhawan, Anil Kapoor, Kiara Advani, Manish Paul, and Prajakta Koli are also playing lead roles in this film. Jugjugg Jeeyo is slated to release on the big screen on June 24, 2022.