Katrina Kaif loves social media and recently had the most hilarious conversation with an influencer. In his most recent post, Freddy Birdy, who writes on a popular Instagram page that is followed by a slew of celebs, took a go at Katrina Kaif’s cooking. He gave Katrina a list of simple recipes that she might try. 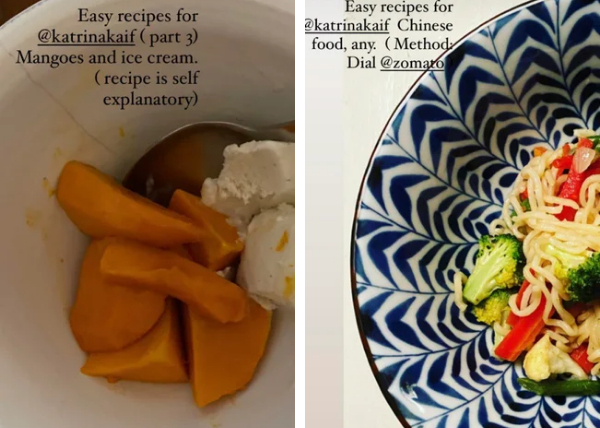 “This is not easy,” Katrina said in response to the influencer’s recipe for chilly cheese toast. Freddy shared Katrina’s response to his post and added, “Why I love Katrina Kaif. Also, proof that she is as funny as she is beautiful.”

He recommended that she try raw mango pickles, cold cheese toast, and mangoes with ice cream. He also suggested Chinese food but told her to order it instead. He advised Katrina to peel the egg before eating the egg as he shared his recipe for boiling eggs. 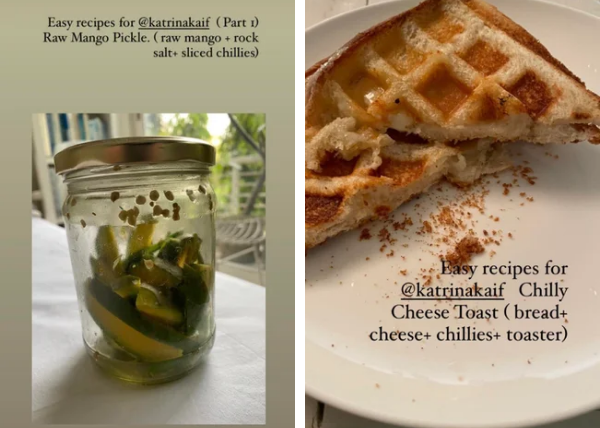 Katrina Kaif had just a week before shown her culinary prowess by making scrambled eggs for her husband Vicky Kaushal. The actress had made a delectable-looking Halwa for the ‘chaunka chardhana’ ritual shortly after their wedding. Katrina Kaif and Vicky Kaushal married in a magnificent wedding ceremony in Rajasthan in December 2021. The wedding was attended by the couple’s relatives and close friends.

Freddy recently got into a disagreement with actress Deepika Padukone. He commented on how ‘hemlines and necklines’ are getting shorter and longer as the release date approaches in a post about her film Gehraiyaan. Deepika sent a message to ‘morons’ on Instagram Stories, but she didn’t name anyone. Freddy responded by stating that was the most honest reaction she has seen in a long time. 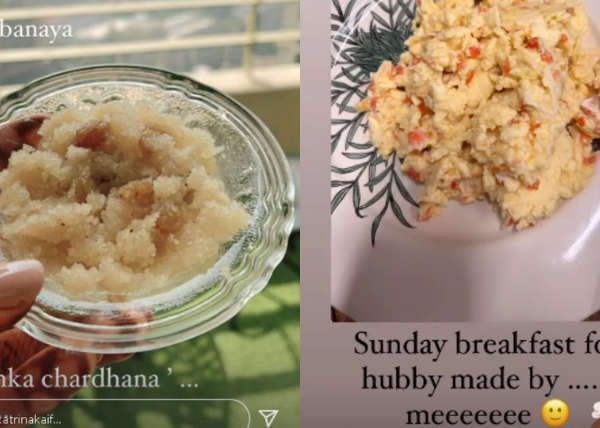 On the work front, Katrina will star alongside Salman Khan in ‘Tiger 3’. She’s also been filming with Vijay Sethupathi in Sriram Raghavan’s ‘Merry Christmas,’ and she’ll be featured in ‘Jee Le Zaara,’ opposite Priyanka Chopra and Alia Bhatt.