Ram Charan’s Wife Is Not Ready To Have Children Even After Ten Years Of Marriage; The Reason Will Surprise You!

Ram Charan is well-known for his acting throughout India, not just in South India. Ram Charan has a huge female fan base. Ram Charan’s wife Upasana Kamineni, of “RRR” fame, is currently in the news because of one of her statements. She still doesn’t want kids even after 10 years of marriage. At the same time, he believes that everyone should respect him if he decides on his personal life. Ram Charan, known as the South Asian superstar, wed Upasana Kamineni in 2012.

In interviews, Ram Charan has frequently been questioned about prenatal planning. Not only that but his wife Upasana has also frequently been asked this question. The response that Upasana hasn’t had a baby is currently becoming popular on the internet.

Upasana Kamineni, the wife of Ram Charan, recently discussed not having children in front of Sadhguru Jaggi Vasudev at the 17th ATA conference. Upasana was very concise in her response. Even after ten years of marriage, Upasana stated that she did not wish to have children. She favors population control via children.

In addition, Upasana requested that Sadhguru meet with her mother-in-law and explain Ram Charan’s and her choice. People worry about their carbon footprint, but according to Upasana, if this imprint is decreased, you won’t need to be concerned about global warming. How wonderful it is to see women who have decided not to have children. 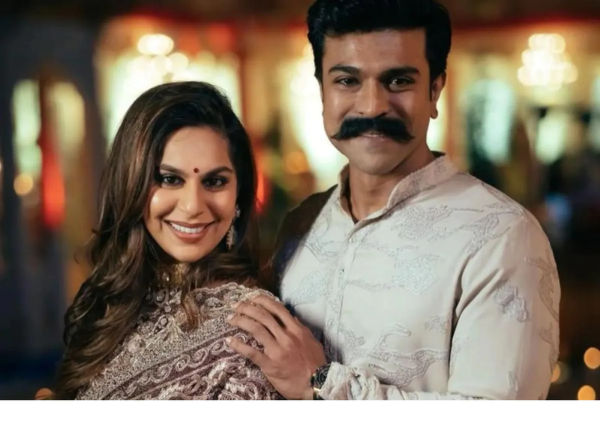 She said, “I have been very happily married for 10 years now. I love my life; I love my family but why do people find it their duty to question my RRR.” Upasana went on to explain what she meant by RRR as she said, “RRR is my relationship, my ability to reproduce, and my role in my life. There are so many women like me who would want an answer to this.”

In interviews, Ram Charan has also frequently stated that he does not want to have children because cinema is his passion. Ram had said, “As a son of megastar Chiranjeevi, I have the responsibility of making fans happy. If I start a family, I may deviate from my mission. Upasana also has a few goals. So, we decided not to have kids for some years.”