Anushka Sharma has always been a fashion powerhouse! the actress once again demonstrated her fashion prowess by posting an outstanding set of photos on Instagram. 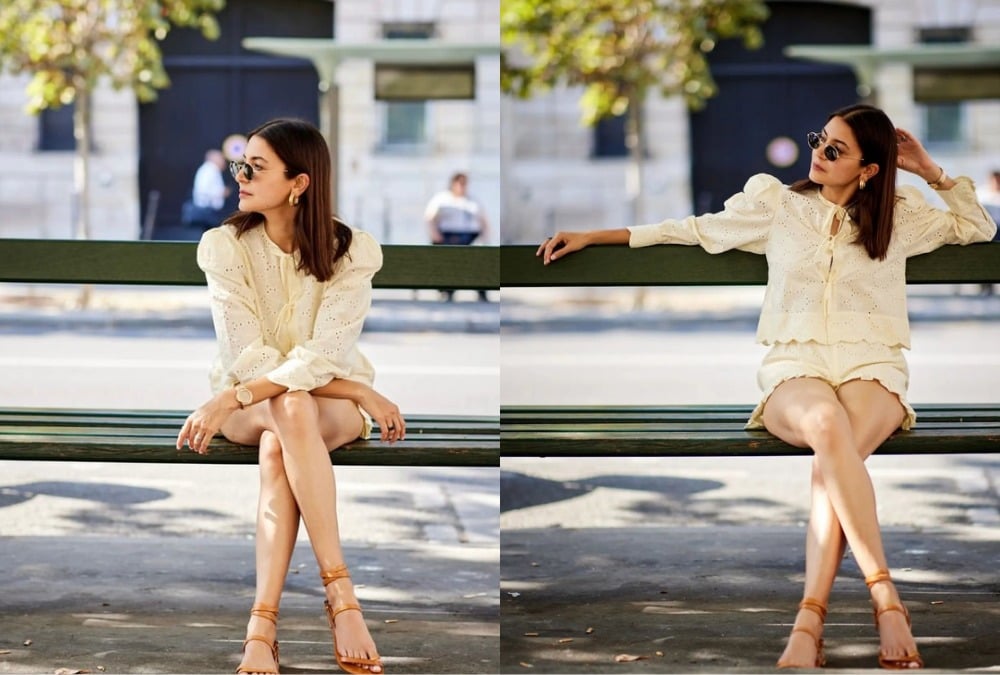 She took to social media today and posted the aforementioned photos with a hilarious caption. “What could be better than a stroll through the park?” She described herself as “sitting on a bench.” Anushka looked stunning in a breezy and chic co-ord set, leaving us yearning for a vacation as well. 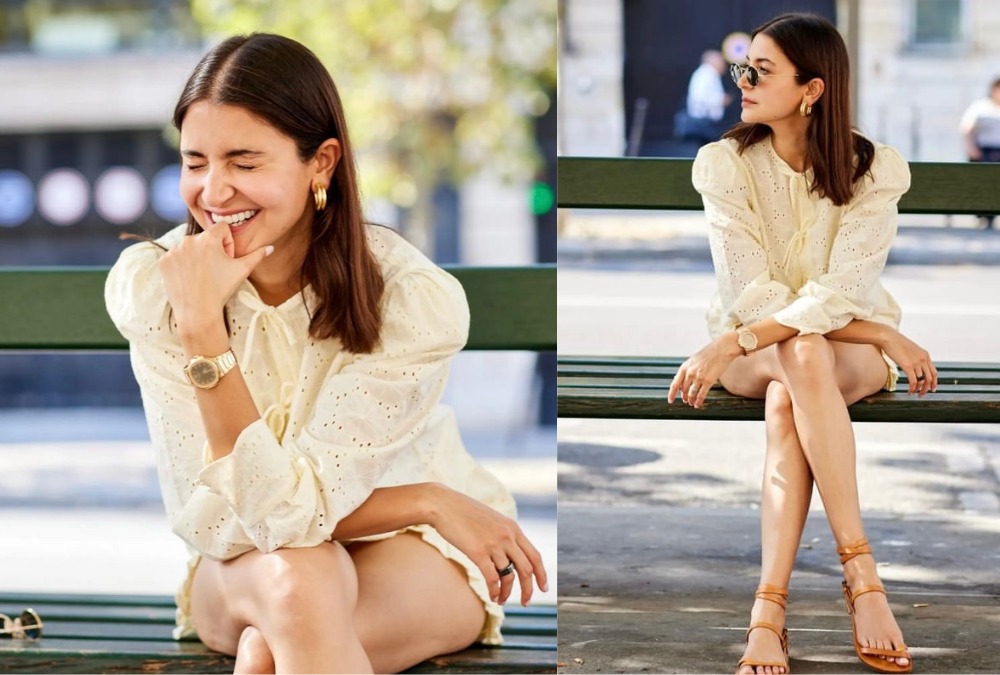 The photos were not only a sweet surprise for her fans but also a sartorial treat for fashion lovers. Anushka wore a cutesy yellow top and swore by the subtle appeal of pastel hues. The top had a slew of stylish details like cutouts, dramatic puffed sleeves, a scalloped hem, and tie-up details. A pair of matching shorts with a comfortable and relaxed fit completed the look. 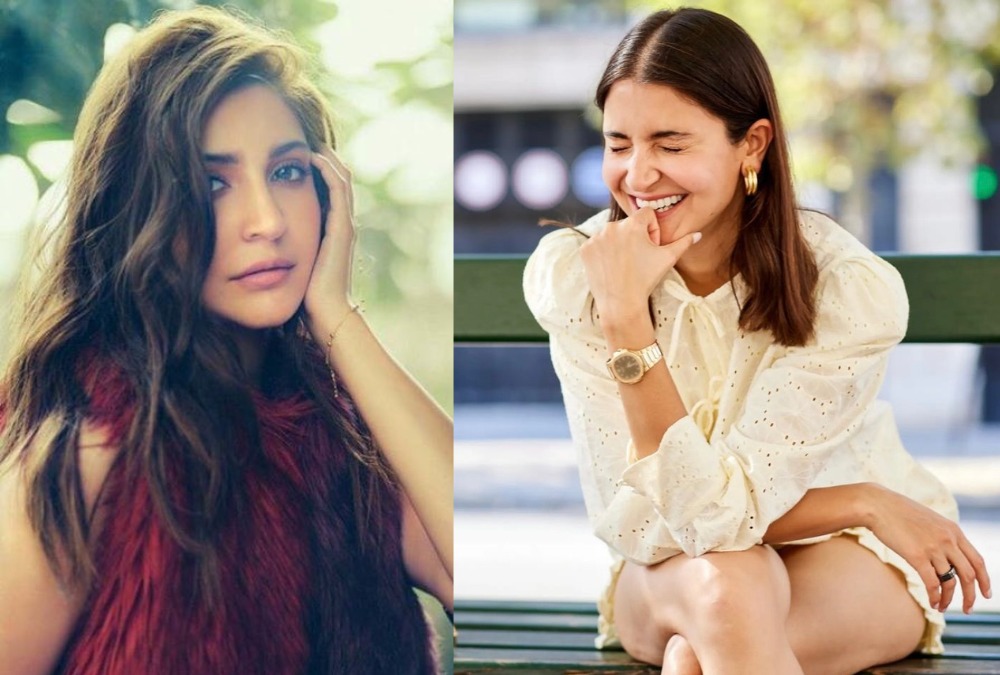 This is how you make a statement while keeping your look as simple as possible. This also includes styling. Anushka completed her look with a few statement accessories. She accessorized her comfy outfit with a dainty pair of golden hoops, gold-rim sunnies, and a metallic wristwatch. Hair that was sleek and straight, parted in the middle, added a dash of sharpness. The makeup was simple, and a pair of tan-coloured shoes completed the look perfectly.

Anushka took a long break from her professional life after the birth of her first child, Vamika, in order to spend more time with her, and after a long wait, the actress is set to make her comeback.

On the work front, Anushka Sharma will be next seen in the film Chakda Xpress,  which she is also producing. The actress will play ace cricketer Jhulan Goswami in this film, which is based on the journey of the former captain. The film will be released on Netflix.