Actress Sahar Afsha Left The Industry For Islam; Said, “She Intended To End Everything”

Many actresses of the cinema world have said goodbye to the world of showbiz, including the names of popular actresses like Sana Khan and Zaira Wasim. These actresses have taken the path of Islam by keeping their distance from the industry and now Bhojpuri cinema actress Sahar Afsha has also taken a similar decision. Sahar Afsha shared a post on social media telling fans that she has decided to leave the world of showbiz. Fans are surprised by this post of his. 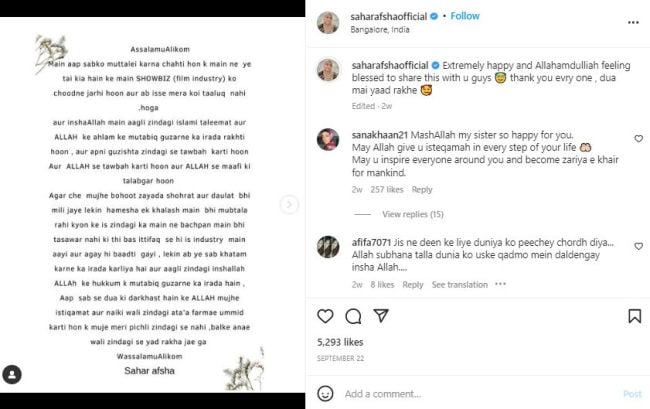 Sahar Afsha has shared a long note on Instagram, in which she has tried to convey her mind to the fans. She has shared this note in three different languages ​​Hindi, English and Urdu. The actress wrote, “I am telling you all that I have decided that I am going to quit showbiz (film industry) and have nothing to do with it now. Inshallah, I am next life Islami Talimat (Teachings of Islam). And I will spend according to Allah’s command.

In his post, Sahar further wrote, “Even if I may get a lot of fame and wealth, but always fought in a khalash, because I did not picture this life in my childhood. Just by coincidence, now I am moving ahead in the industry. kept moving forward, but now has made an intention to end everything. The intention is to live the next life inshallah, according to the command of Allah. All of you are praying that may Allah grant me a life of Istqamat and righteousness. Sahar Afsha said I am hoping that I will be remembered not from my past life, but from the life to come.” 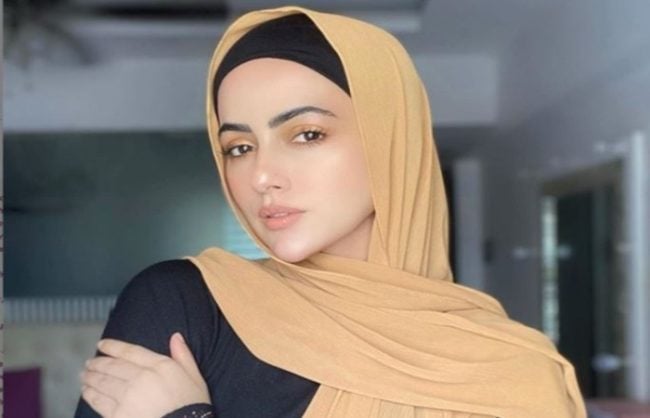 This post of Sahar Afsha is becoming fiercely viral on social media and many fans of Sahar have commented on it. Amidst all this, Sana Khan has expressed happiness over this decision of Sahar Afsha. She wrote in the comment, “Mashallah my sister I am very happy for you.”