Kangana Ranaut’s spy-action film Dhaakad was a flop at the box office. The film, which was released in theatres on May 20, has now also been streamed on the OTT platform Zee5. There are constant talks about the film. Media reports even claimed that after the flop of Dhakad, the producers had to sell their offices, to which producer Deepak Mukut also gave his reaction. Now Kangana Ranaut has broken her silence and has asked a question to those who wrote Dhaakad incessantly a flop? 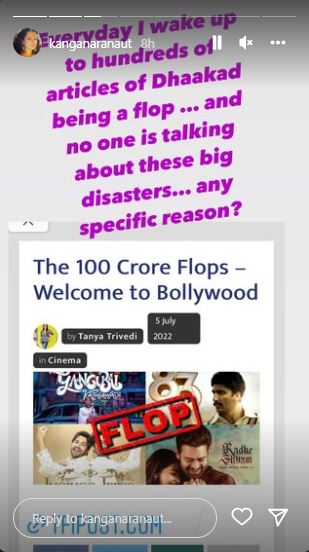 Kangana wrote two posts in her Insta-story on Thursday. In both these posts, Kangana shared two pieces of news. In one she wrote, “Every day I wake up with hundreds of articles, in which there is a mention of Dhakad being a flop. No one is talking about these big disaster films. Is there any special reason behind this?” In the article shared by Kangana with this post, Gangubai Kathiawadi, 83, Jug Jugg Jeeyo and Radhe Shyam have been described as 100 crore flops. 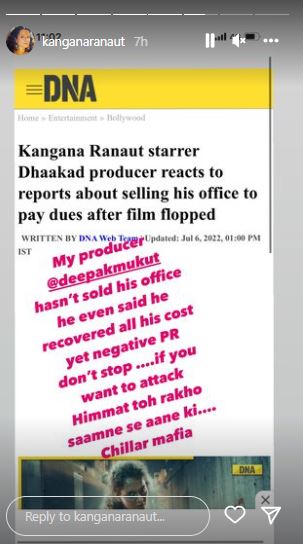 In the second post, Kangana reacted to the story of the producer’s office being sold. Kangana wrote- My producer Deepak Mukut has not sold his office. He said that the cost has been paid. Yet the negative PR continues. If you want to attack then dare to come forward. Chillar Mafia. 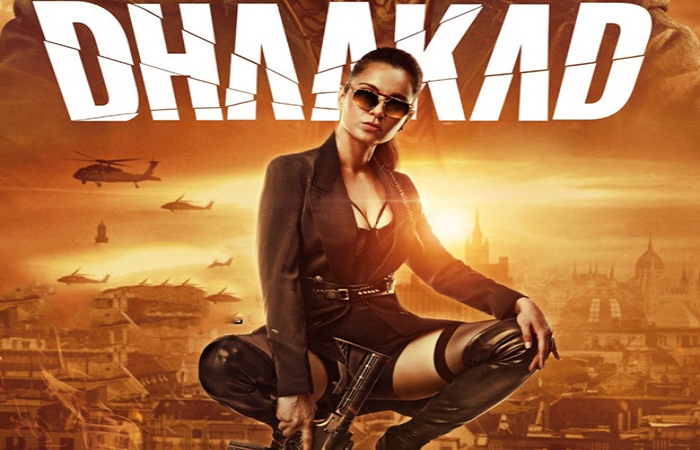 Let us tell you, in the first half of the year, most of the Bollywood films have performed disappointingly at the box office. Films with many famous faces including Kangana’s Dhaakad were flops. These include Akshay Kumar’s Bachchan Pandey and Samrat Prithviraj. Dhaakad was directed by Rajneesh Reji Ghai. Kangana played the role of spy Agni in the film. Apart from Kangana, Arjun Rampal, Divya Dutta and Sharib Hashmi also played important roles in the film.