After son, Bhagyashree’s Daughter To Debut In Bollywood With ‘Mithya’

Avantika Dasani, daughter of ‘Maine Pyaar Kiya’ fame Bhagyashree, is all set to enter the entertainment industry with producer-director Rohan Sippy’s psychological thriller drama series ‘Mithya’. The makers of the show announced the launch of Avantika in showbiz with a poster. Young actress Avantika is seen with Bollywood actress Huma Qureshi in this poster. Earlier, Bhagyashree’s son Abhimanyu made a tremendous entry in the entertainment world with the internationally acclaimed ‘Mard Ko Dard Nahi Hota’ in 2018. Now Bhagyashree’s daughter Avantika is set to make her mark in the world of glamour. 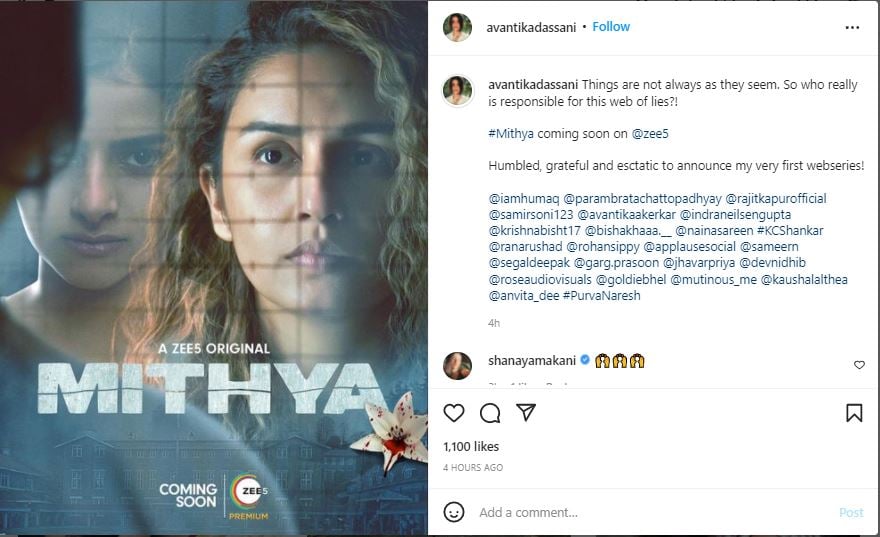 In the released poster, Avantika Dasani’s intense look is seen, which in a way is bringing to the audience the dark and intriguing side of this psychological thriller drama. With the twisted story of two female leads, Avantika promises to portray a power-packed character in her first on-screen experience. Elaborating on her debut project, she shared the excitement saying, “It has been the biggest thrill to take on such a challenging character and interesting story for my first attempt. Working with such a talented and incredible cast and crew. I am very grateful for the opportunity to do this, they have warmly welcomed newcomers like me.” 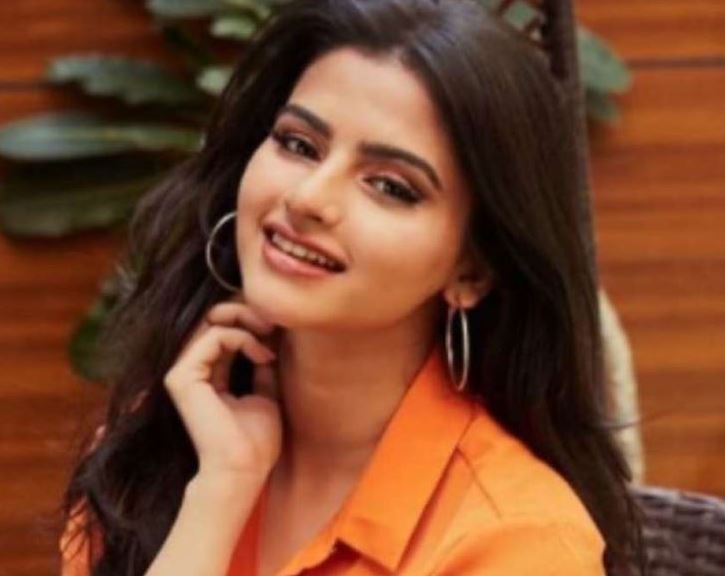 On choosing the OTT series as her first project, Avantika says, “Today audiences on OTT platforms come in search of their most exciting experiences and great stories and I really enjoyed starting my journey from here and being a part of this journey. Happening! I hope the audience will enjoy watching Mithya as much as we have enjoyed making it.” Apart from Huma and Avantika, Parambrata is also working in this web series. Applause Entertainment is producing this web series and Zee 5 is presenting.