Amitabh Bachchan Tweeted In A Poetic Style, People Trolled About The Prices Of Petrol & Diesel

Amitabh Bachchan, the emperor of Bollywood, is one of the most active actor on social media. He is constantly connected with people through his social media accounts. In this sequence, he keeps sharing his thoughts with the fans every day. At the same time, the fans also keep giving their different reactions to these thoughts. Recently, the actor tweeted from his Twitter handle, on which fans are once again giving mixed reactions. 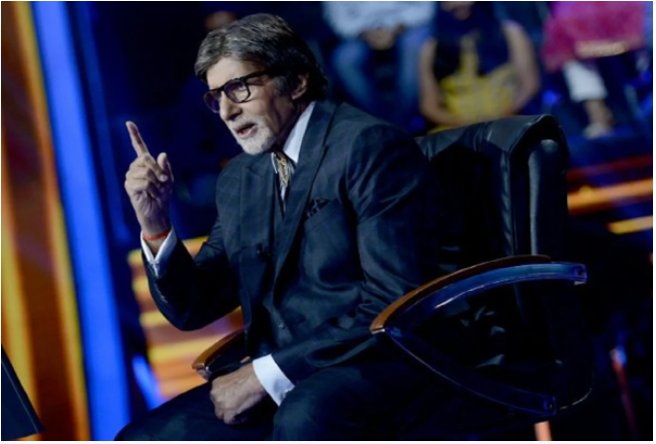 Big B tweeted and wrote, ‘What can someone say without saying anything.’ At the same time, now the fans are commenting fiercely on this poetic style of the actor. Actually, people are trolling Amitabh a lot, linking this tweet with the rising inflation in the country. At the same time, some are once again slamming the actor for his paan masala advertisement. 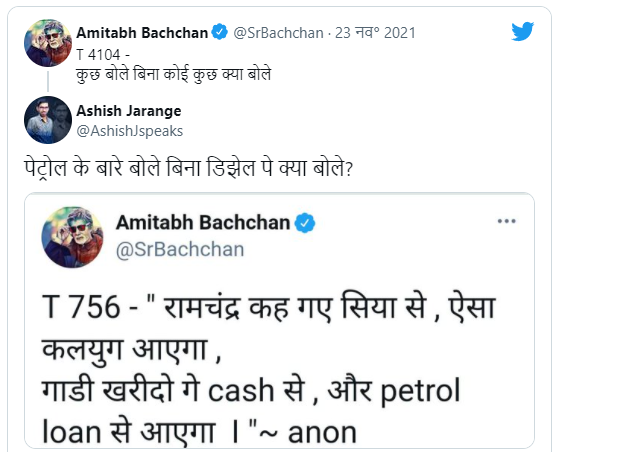 One user said, tell only the price of petrol, diesel. At the same time, another user said, let us tell you the rates of petrol and diesel, if you can not tell, then at least speak about the martyrdom of the farmer brothers. One user wrote, sir, don’t make puzzles….!! On the prices of petrol, diesel, gas, everyone is asking you to say something, but you can’t hear anything and then you say, “What does someone say without saying anything.”