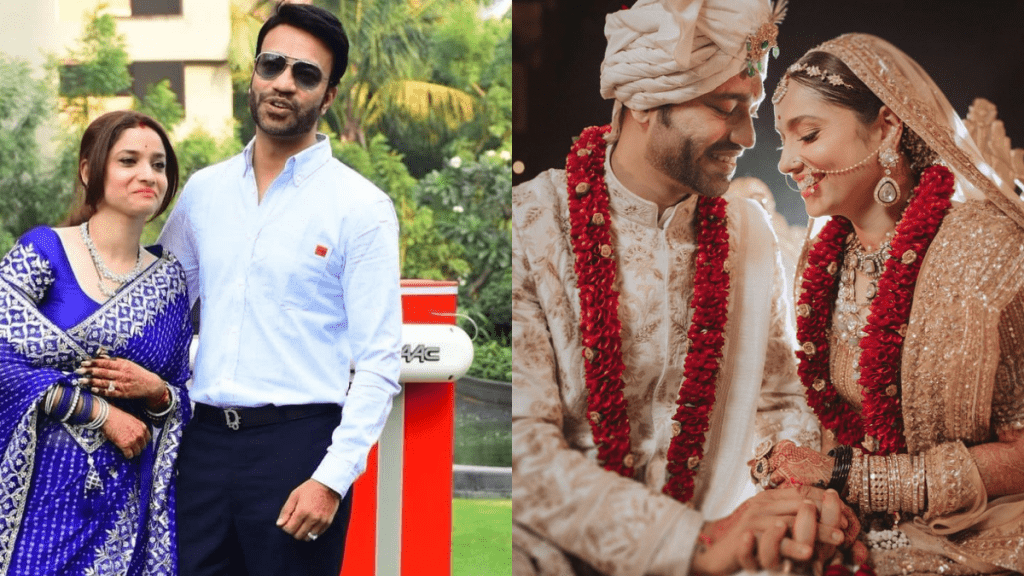 On December 14, Ankita Lokhande and Vicky Jain got married, whose pictures are covered on social media. At the same time, after marriage, this couple has been spotted in front of the media for the first time

Ankita Lokhande and Vicky Jain were spotted together after marriage, Where Ankita’s complexion was seen feeding more than before.

Actress Ankita Lokhande was seen in a beautiful blue saree during this time. Her beauty was coming out even more in this saree.

During this, Ankita’s necklace, mangalsutra and diamond ring in her hand caught everyone’s attention. Ankita carried matching jewellery with this saree.

At the same time, this couple was seen for the first time after the marriage, here too, they were seen immersed in love. Ankita and Vicky gave great poses to the media. 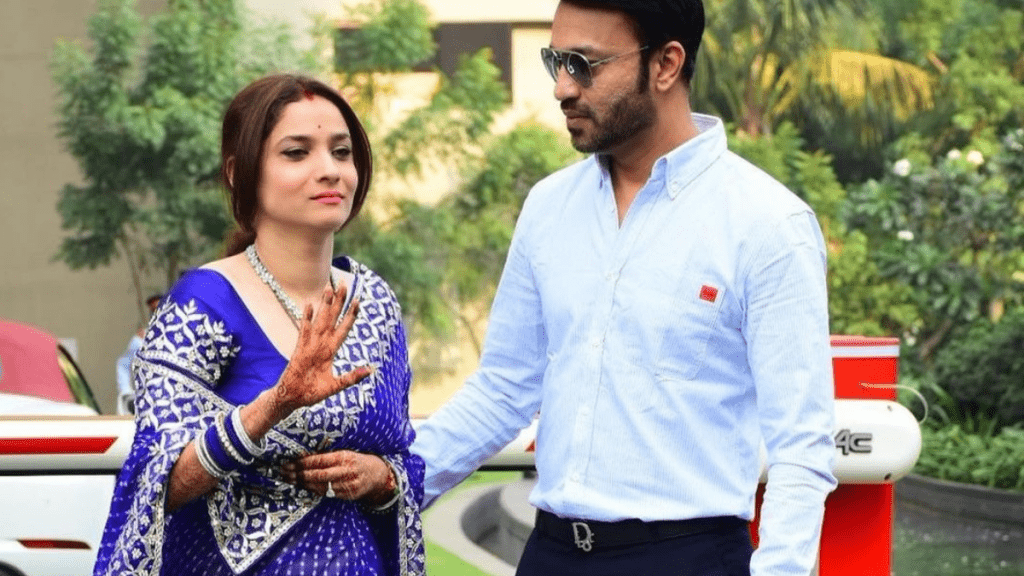 It was reported that the reception party of Ankita Lokhande and Vicky Jain is going to be held in Raipur soon. Raipur because Vicky is from there. And this party will be organised for family and close people.

But now, reception to be held in Raipur has been cancelled due to COVID-19 protocol. According to reports, Vicky Jain, a resident of Raipur, had planned a reception in his city, but due to increasing corona cases, the guidelines have been changed in Chhattisgarh. So both have cancelled their reception. Now it will be given after some time when the situation becomes normal.

Although Reception at Mumbai is held already with wonderful gestures. Many celebrities and television stars attended their reception and gave best wishes and gifts to the couple.