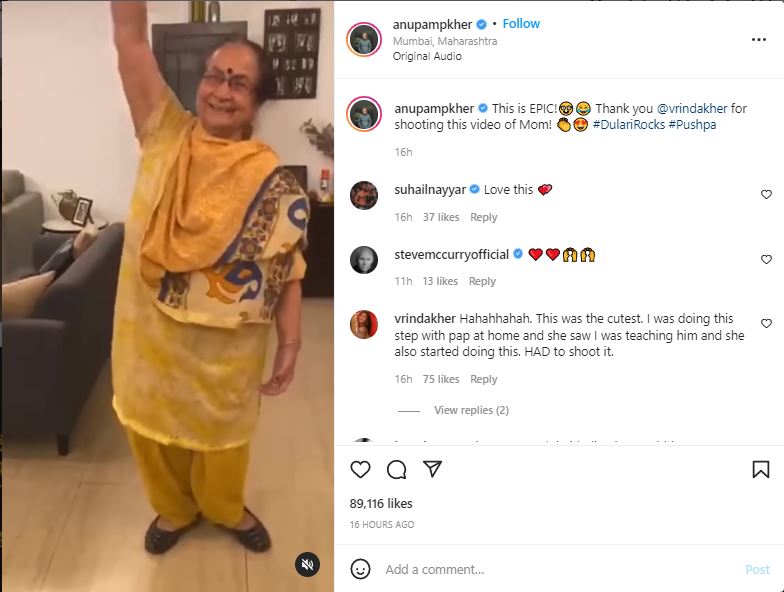 In the video shared by Anupam Kher on his Instagram handle, his mother Dulari is seen dancing to Pushpa’s popular song ‘Shrivalli’. In this video she is doing dance steps like Allu Arjun and enjoying the song a lot. Sharing this video, Anupam Kher wrote in the caption, “This is very wonderful. Thank you so much for shooting this video for Vrinda Kher Maa”.

People have become very fond of this video on social media. They have started liking the steps done by Anupam Kher’s mother on this song.

Commenting on social media, a user wrote, “I always say that Dulari Dadi is rock. Very nice grandma you are so beautiful and cute. Lots of happiness and love to you from my side”. Another user wrote, “Our rockstar, this song is now complete. Mother has made this song for you only”. Another fan wrote, “She is so happy no one cares who will think what. I love this vibe of her”. 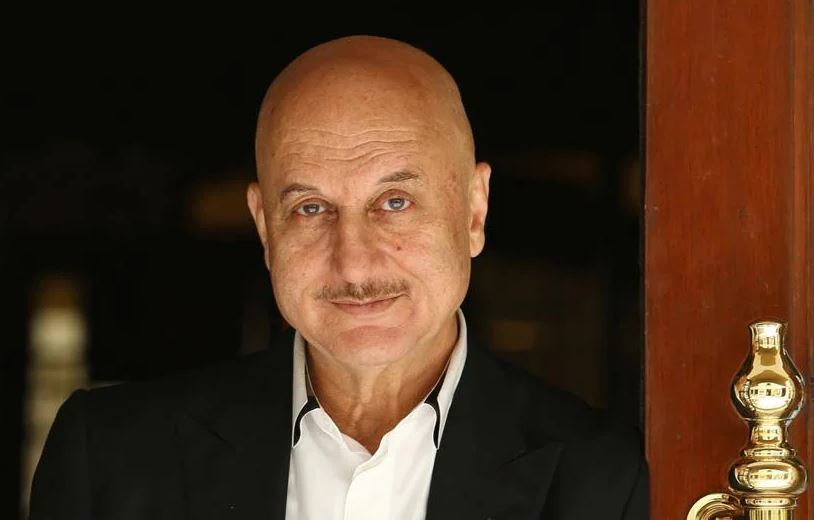 Anupam Kher is very close to his mother Dulari. He often shares videos of her having fun and frolic on social media. Talking about Anupam Kher’s upcoming projects, he will be seen in the films Alai and The Kashmir Files. Anupam Kher has been part of the film industry for a long time, he started his career from 1982 with the film Aagaman.