Anushka Sharma Requests Media Not To Click Vamika’s Pictures And Stop Circulating It: Deets Inside!!

Pictures of actress Anushka Sharma and Vamika, daughter of former Indian cricket team captain Virat Kohli and Anushka Sharma, are going viral on social media. On Sunday, Anushka was present at the stadium with her daughter. Mom and daughter duo were seen cheering after Virat scored 50 runs. Meanwhile, the broadcaster’s camera turned towards them and the pictures of Vamika in Anushka’s lap went viral everywhere. 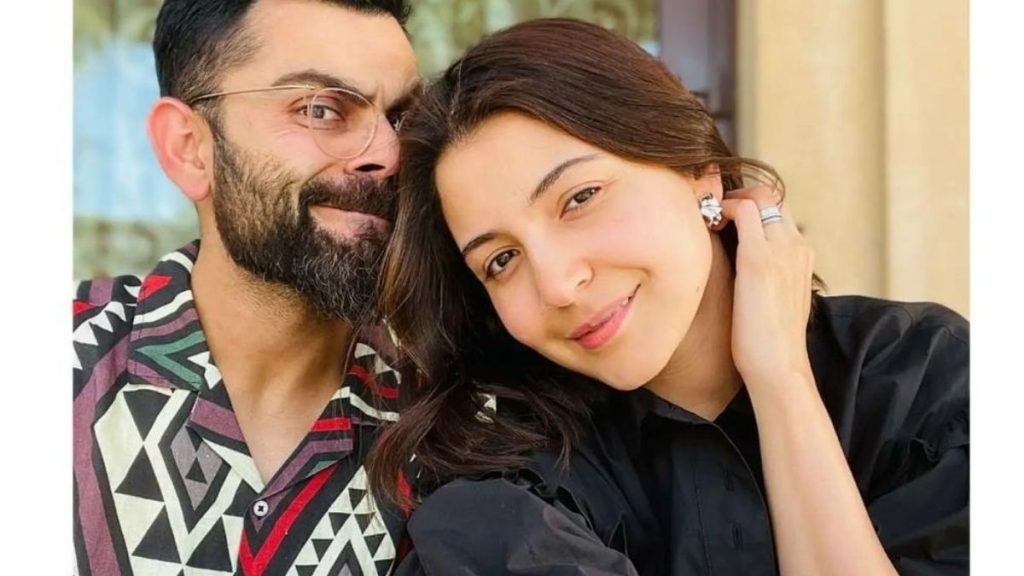 Now Anushka Sharma has reacted on the pictures of her daughter going viral. Virat and Anushka had earlier appealed to everyone not to click their daughter’s picture. Sharing the story on Instagram, Anushka wrote – “Our daughter’s picture was clicked yesterday at the stadium and it is being shared continuously. We want to inform you all that we were caught off guard and then we did not know that the eyes of the cameras were on us”. 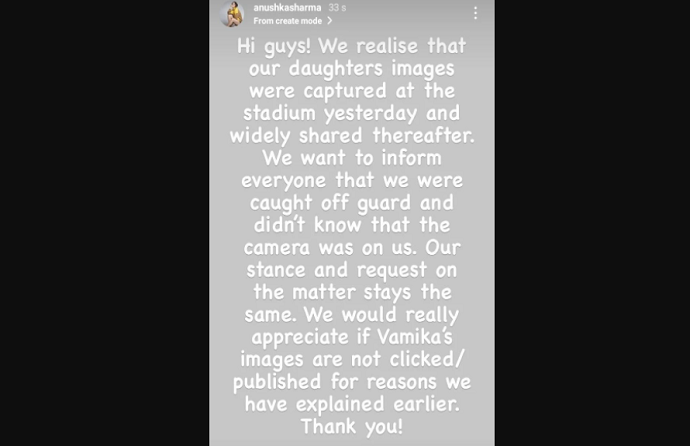 Anushka further wrote – “We have the same attitude regarding the picture of the daughter. We expect you guys not to click or print Vamika’s picture. We have already told you the reasons behind our this decision”.

Anushka and Virat Kohli have been in constant discussion ever since they became parents. Let us tell you that on January 11 last year, Anushka gave birth to their baby girl and since then the fans were desperate to see the picture of her daughter.

Virat and Anushka had already made it clear that they will keep Vamika away from the media and will bring her to the fore only when the time comes. Anushka was last seen in the film ‘Zero’ with Shah Rukh Khan. Besides Shahrukh Khan, the actress worked along with Katrina Kaif in this movie. Recently, Anushka announced her upcoming film. This film is going to be made on Indian cricket team’s famous player Jhulan Goswami and its name is ‘Chakda Xpress’.