Actress Athiya Shetty and KL Rahul’s rumored relationship is making headlines now and then. The two are trying their best to hide it but seems like the cat is finally out of the bag. To bless their fans, the couple’s first-holiday picture was shared on social media platforms by Pratima Singh, the wife of cricketer Ishant Sharma.

Pratima shared a picture that also featured, Ishant Sharma. She captioned the post as, “Raho main unse mulakat ho gayi!” Rahul had left a heart emoji in the comments section. One fan commented, “Okay I’m not crying,” and another commented, “NO WAYY MY HEART IS SO HAPPY RN.” 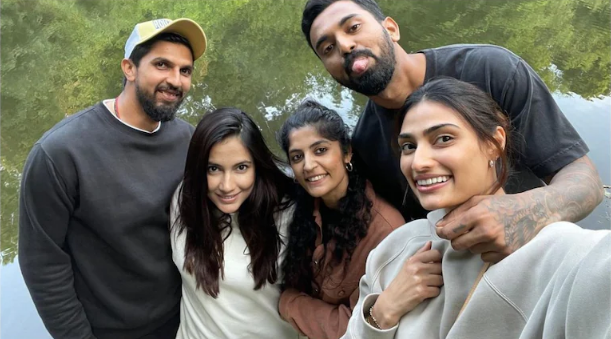 Earlier, Athiya Shetty and KL Rahul had left a hint that they’re in England together after they met with the same friend and also shared photos from the get-together on their Instagram accounts respectively. Anushka Sharma and her husband, Virat Kohli’s pictures were also clicked by Athiya Shetty for which Anushka had credited her in the caption of her post on Instagram.

Athiya’s father, the veteran actor, Suniel Shetty, also confirmed that she is in England, but to maintain the couple’s privacy, he mentioned that she’s gone with her brother, Ahan for a vacation. Suniel also joked around and said that she would be the perfect person to ask about KL Rahul. He told a leading daily, “Yes, she is in England, but she is with Ahan. The brother-sister duo has gone there for a holiday. Rest you may check with them.”

He further commented on Athiya and Rahul’s appearance for an eyewear brand commercial together. He said, “I think you should speak to them. As far as the ad goes… I mean it is an international brand and if they choose to take the two of them as the ambassadors. I think they look brilliant together. They are a good-looking couple, na? So, it totally works from a brand perspective. And I must say, they look good together, well, in the ad.” 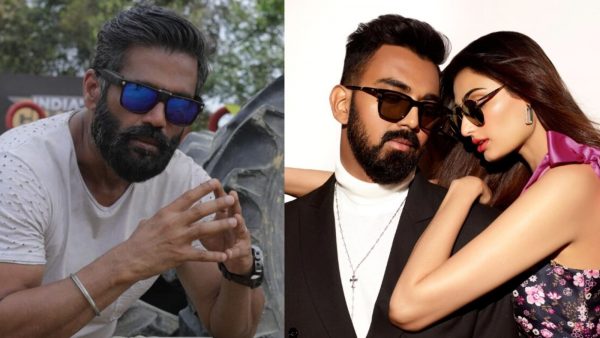 Athiya Shetty had done only a few projects in Bollywood but she has nailed every role that came her way. Her films include Hero (2015), Mubarakan (2017), and Motichoor Chaknachoor (2019).

Let’s see how far this rumored couple of Athiya and KL Rahul goes to hide their relationship from the public. We will wait for confirmation on the same.