Ayan Mukerji Gets Emotional With The Love Received From The Trailer Of ‘Brahmastra’, Says, “Feeling energetic”

The trailer of director Ayan Mukerji’s Ranbir Kapoor and Alia Bhatt starrer ‘Brahmastra’ has been released yesterday. It has received immense love from the audience. The trailer has increased the eagerness of the fans for the film even more. The trailer of ‘Brahmastra Part One: Shiva’ has been liked by the audience in large numbers. Ayan Mukerji is very happy with this. The director of the film has thanked the fans for this by writing an emotional note. 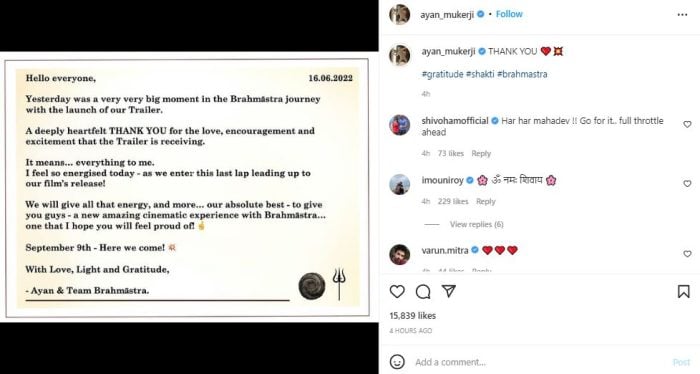 Film director Ayan Mukerji has shared a thank you note on social media. In this note, Ayan Mukerji has written, ‘Hello everyone, yesterday was a very special day in the journey of the film ‘Brahmastra’. The trailer of the film was launched. Thank you very much for all the love you have given to this trailer. For me, this is a big deal. Today I am feeling very energetic. We are close to releasing our film. We will give our best to all of you with all our energy, through ‘Brahmastra’ you will have a different experience of cinema. I hope you are proud of it too. Many thanks to all of you once again. 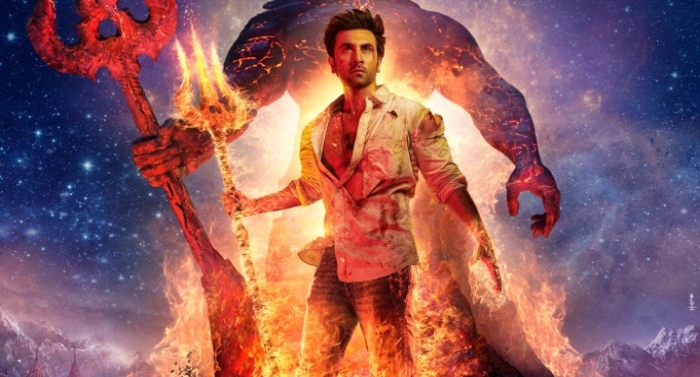 Apart from Ranbir Kapoor and Alia Bhatt, the film also stars Amitabh Bachchan, Nagarjuna, Mouni Roy, and Shah Rukh Khan in pivotal roles. Shahrukh Khan will be seen in a cameo role in the film. According to media reports, he will be seen playing the role of a scientist in the film. The film, produced by Star Studios, Dharma Productions, Prime Focus, and Starlight Pictures, will hit the theaters on 09 September 2022. It is released in five Indian languages ​​namely Hindi, Tamil, Telugu, Malayalam, and Kannada.

Let us tell you that this film of Ayan Mukerji is based on mythology. The story of Mahabali and finding the all-powerful weapon is told in the trailer of the film. Filled with love, romance, thriller, and suspense, the film tries to realize the powers of ‘Brahmastra’, the god of weapons.