Bride Refused To Go On Stage, The Reason Will Amaze You: Know Here Why She Refused!

From the bride to the groom, they prepare for months for the wedding. From makeup to the stage, everything is prepared. Nowadays, at weddings, brides perform rituals under all planning. In such a situation, Shivani Pippal of Delhi also made similar preparations. When he did not play the song he chose to play while going to the mandap, he refused to go to the mandap. This video of Shivani is becoming fiercely viral on social media. 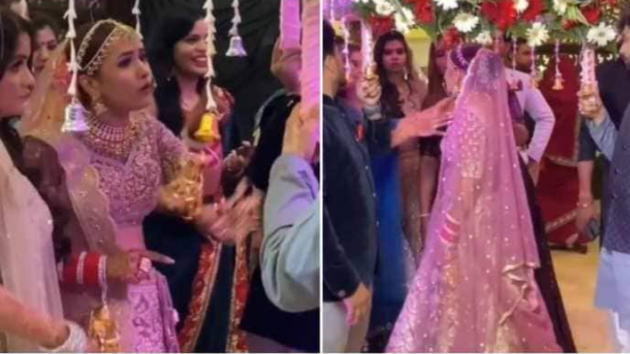 In a viral clip, it is seen that the bride dressed in a couple is ready to go to the mandap. The DJ guy is asked to play the song. Suddenly the song plays ‘Din shagna da chadheya aao sakhiyon ni vehra sajeya haan..’. 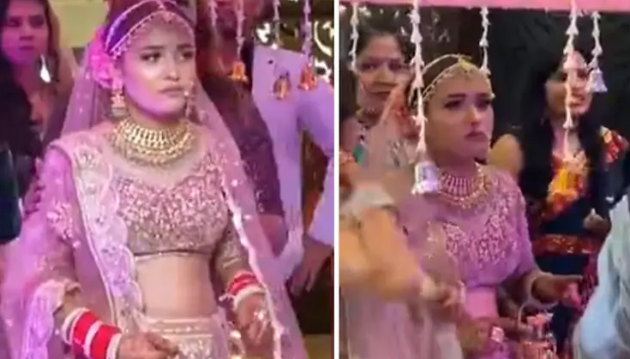 Dulhan gets angry hearing this song. She says I told uncle people that I want ‘piya mohe ghar aayega’. She starts returning after getting annoyed towards the stage, only then everyone says that it will play.

The DJ guy is told that Kailash Kher’s song ‘Sakhi Mandap Sajao Ri’ plays and a smile comes on the bride’s face. She walks towards the pavilion laughing and the groom extends his hand and offers her to the stage.