Check Out The Cutest Picture On The Internet Right Now Of Kartik Aaryan And His Dog Katori!

One of Bollywood’s tinsel town’s most talented actors is Kartik Aaryan. With the 2011 movie Pyaar Ka Punchnama, he made his acting debut, and the actor hasn’t looked back since. In addition to being an actor, Kartik is also renowned for his dry humour in real life, and his unique Instagram remarks and photos reflect this aspect of his personality. The 31-year-old actor also cherishes his puppy Katori, whom he routinely shares with his followers in endearing photos and videos. 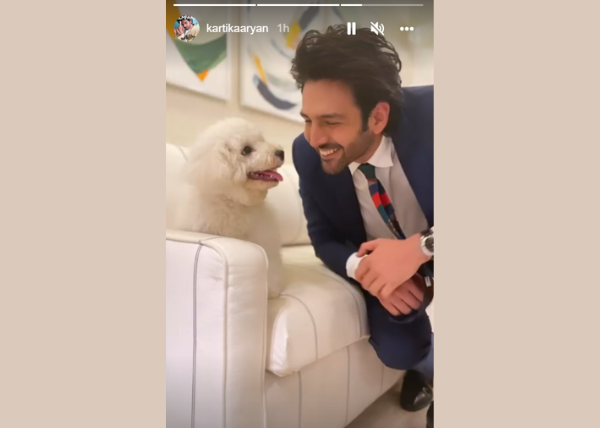 Regarding that, the actor from Luka Chuppi shared a cute picture of himself and Katori on Instagram. The two of them can be seen in the image looking at one another and beaming overly passionately. Katori, as usual, looked adorable, while Kartik Aaryan looked dapper in a blue suit, white shirt, and colourful tie.

The actor travelled to Europe with close friends and colleagues following the enormous success of his most recent film, Bhool Bhulaiyaa 2. The actor and his Bhool Bhulaiyaa 2 team organised the trip because the movie has made more than 230 crores at the box office worldwide. His longtime staff, supervisors, stylists, his spot boy, and security made up the crew. Anees Bazmee is the director of the movie Bhool Bhulaiyaa 2, which also stars Kartik Aaryan, Tabu, Kiara Advani, and Rajpal Yadav. 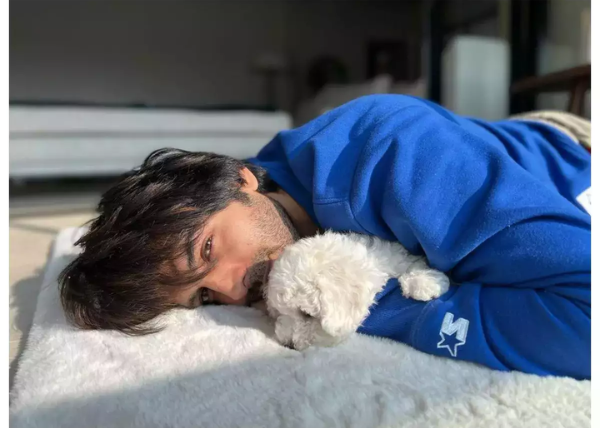 Kartik is currently filming his upcoming career project, Shehzada. The movie is a remake of the Rohit Dhawan-helmed 2020 Telugu film Ala Vaikunthapurramuloo, which also stars Kriti Sanon in the lead position. Alongside Alaya F., he will also star in “Freddy,” a romantic thriller directed by Shashanka Ghosh. In addition, Kartik has “Satyanarayan Ki Katha” in his repertoire. Namah Pictures and Sajid Nadiadwala’s Nadiadwala Grandson Entertainment will oversee the production of the film. The social drama “Captain India” will see Kartik and Hansal Mehta working together.