As per the intel gained by security agencies, there is a major terrorist conspiracy that is being hatched to rattle Delhi on August 5. Intelligence agencies have warned of a possible terror attack using drones in Delhi ahead of the Independence Day celebrations. 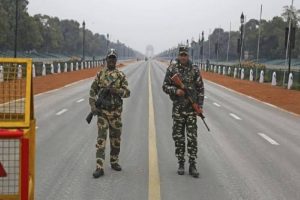 Security agencies have put the national capital on high alert after they gathered intel about a possible terrorist attack in Delhi ahead of the country’s 75th Independence Day on August 15. 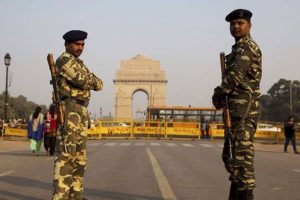 Security agencies have sounded a high alert over a possible terror attack in the national capital before Independence Day celebrations on August 15. According to the inputs gathered by the security agencies, the Pakistan-based terror outfits can carry out terror attacks using explosives-laden drones.

The alert for Delhi Police has been issued for the period between the ongoing Monsoon Session of Parliament and August 15. 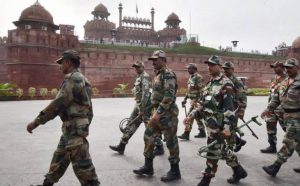 As per the intel, there is a major terrorist conspiracy that is being hatched to rattle Delhi on August 5, and Pakistan-based terrorists could attack the national capital. Security agencies have warned the Delhi Police that Article 370 was abrogated from Jammu and Kashmir on 5 August 2019, and as a result, terrorists are trying to carry out a big attack in the national capital on this day itself.
Special training has also been given to Delhi Police and other defence forces to deal with the threat of ‘drone jihad’. Training of ‘soft kill’ and ‘hard kill’ are some of the necessary skills taught to the security agencies in wake of the alert. It has also been said in the alert that anti-social elements and terrorist sleeper cells are trying to dampen the country’s atmosphere by making the Covid-19 pandemic an excuse.

Newly-appointed Delhi Police Commissioner Balaji Srivastava earlier this month directed the force to train their attention on anti-terror measures ahead of Independence Day. He directed all Deputy Commissioners of Police (DCPs) to ramp up inspection of hotels and guest houses, to carry out verification of tenants and domestic help, and also check cyber cafes and second-hand car dealers. The Delhi Police Commissioner also conducted a citywide patrol on Sunday night with over 30,000 police personnel.

Security has been intensified in the national capital, especially near the three borders of Singh, Tikri, and Ghazipur where farmers have been protesting since late last year. 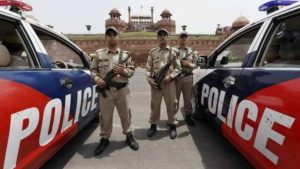 In a meeting with the officials of the city, the new Delhi Police chief asked station house officers (SHOs) in every district to take cognizance of any calls made to the police control room or information regarding drones in the city and investigate the threat accordingly.

Given the drone threat, a special control room has also been created by Delhi Police. This time, 4 anti-drone systems are also being installed at the historic Red Fort, from two installed last year. For the first time, Delhi Police and other security agencies are being given special training to deal with the menace of drones.

Apart from dealing with the drone threat, Balaji Srivastava also ordered the officials to take appropriate measures to safeguard women and children in the city. The Delhi Police chief directed that strict action should be taken to curb crimes related to women’s safety and against children in Delhi.