With his forever charming and captivating personality, megastar Amitabh Bachchan, who has been hosting the show “Kaun Banega Crorepati” for more than two decades, has now welcomed the audience to the 14th season of the show. On the occasion of the 75th anniversary of India’s independence, Amitabh Bachchan delivered a heartwarming monologue as a tribute to the nation.

The show has introduced two new additions in its 14th season. On the occasion of India’s 75th Independence Day, the makers of the show have increased their prize money from 7 crores to 7.5 crores. They have also added another 75 lakh in prize money between 50 lacs and 1 crore. 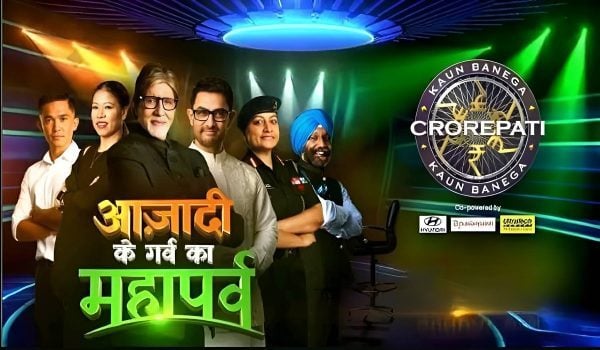 In the first episode of the show, India’s “real protectors” like Major D.P. Singh (a veteran hero of the Kargil war) and Col. Mitali Madhumita (a recipient of the Sena Medal of Gallantry) were seen taking turns in the hot seat with Aamir Khan. The guests also said that they would donate their winnings to the “Army Central Welfare Institute.” The veteran actor was overwhelmed when Col. Mitali’s mother proudly said that of her three daughters, she had dedicated her eldest daughter, Mitali, to the protection of the country.

Significantly, Major D. P. Singh, who is also a veteran soldier of the Kargil War, also shared some of his most inspiring and heartwarming stories from the battlefield. There was an emotional moment for Amitabh Bachchan, Aamir Khan, and the entire audience in the studio when Major D. P. Singh revealed that he still has 73 bullet marks all over his body, which injured his whole body during the war against the neighbouring country.

The legendary star of war also revealed that he chose to fight bravely instead of running toward the enemy and running away from them. It warmed the hearts of all who gave him a respectable standing ovation. After a few questions and answers on this quiz-based game show, it was time to say goodbye to Aamir Khan and India’s protecting heroes, so that made way for boxer MC Mary Kom and Indian football player Sunil Chettri to join the game show after that. 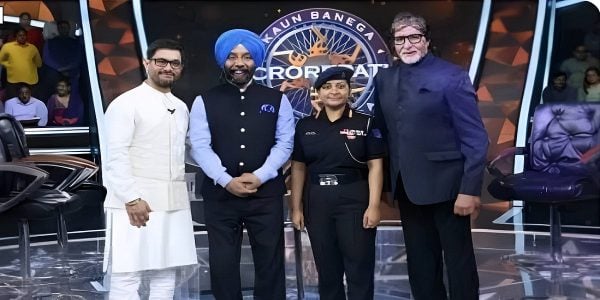 Mary Kom (Padma Vibhushan awardee) and Sunil Chhetri (Padma Shri awardee) expressed how nervous they were about attempting the game. The guests from the sports world pledged to donate their winning amount to the “Regional Boxing Foundation” and “The Voice of Stray Dogs,” respectively.

In between games, the football legend gave a quick but famous dialogue from the megastar, asking him to continue with the remainder of it. During this, he also showed some tricks on football. His tricks forced thunderous applause from the audience. Before leaving the audience, the veteran actor clicked a picture with Mary Kom and Sunil Chhetri on the spotlight wall of the show. He ended the episode on an important note, saying how getting freedom for India was the costliest thing ever for the country, which cost us many important lives, i.e., the lives of all our freedom fighters.