On August 5, Annu Kapoor revealed Hum Do Hamare Baarah as his forthcoming project and unveiled the movie’s first poster. Annu appeared on the poster among the other actors. It appears that Annu is acting as the leader of a Muslim family, and he has 11 kids while the wife is expecting another. 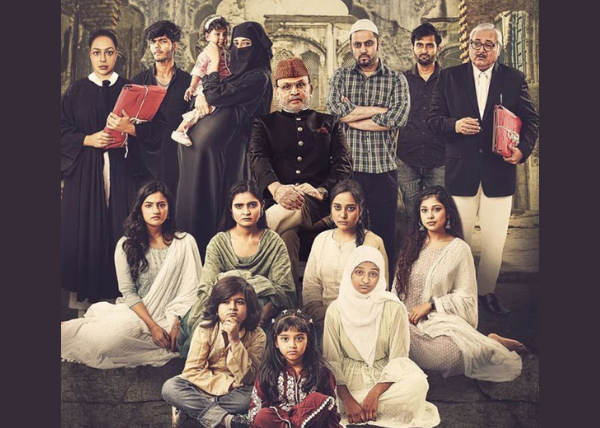 The director of the movie, Kamal Chandra, responded to criticism of the Hum Do Hamare Baareh poster for “brazen Islamophobia” and portraying Muslims as “the cause of population expansion” by saying that the Annu Kapoor-starring poster is “not objectionable at all.” It requires to be seen ‘in the right context’, he added

The poster for Hum Do Humare Baarah was tweeted by journalist Rana Ayyub on Sunday, and she questioned the Central Board of Film Certification’s decision to certify the movie.

Her tweet read, “How does the censor board (Central Board of Film Certification) allow a film like this that depicts Muslims as the reason for population explosion and extends the relentless attack on the community. The brazen hate and Islamophobia when they use the image of a Muslim family and call it ‘Hum do Hamare Barah’.” 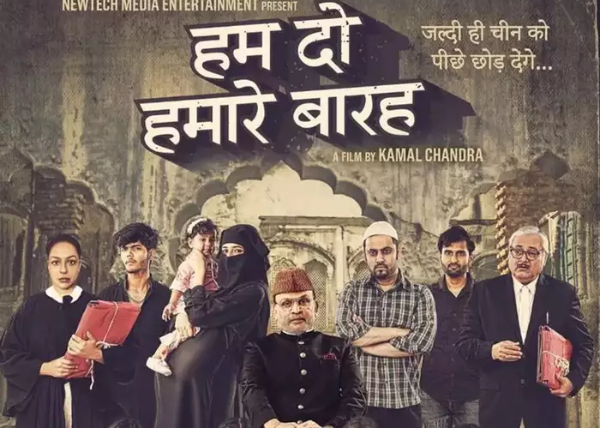 Director Kamal Chandra responded to these accusations against the Hum do Hamare Barah poster in an interview with ETimes, saying  “The poster of our film Hum Do Hamare Baarah is not objectionable at all. It needs to be seen in the right context. We assure you that we aren’t targeting any one particular community through our film. I am pretty sure that when people will go to watch this film, they will be happy to see one of the most relevant issues of our times in our film which is based on population growth and we are making it without any prejudice and hurting sentiments of any particular community.”

“Today, people from one particular community are feeling that they are being targeted through our film. If we would have made a poster reflecting any other community, they would had said the same thing. I feel that cinema is the best medium to express our thoughts and feelings. I urge everyone to not make an issue out of this… Population explosion is a very serious issue that is bugging our country since a long time. Till the time we don’t give it a serious thought, our country will not be able to develop the way we expect it to. I urge everyone to see the poster and the film in the right context,” Kamal said.