“I Tried To Seem More Glamorous And Little Dumb To Become A Star,” Says Taapsee Pannu

With her talent and determination, Bollywood actress, Taapsee Pannu has earned a good position in the film industry. Recently, the actress reminisced her initial days in the acting world.

In the conversation, Taapsee revealed that at the start of her career in Bollywood, she was told to look and behave in a certain way to reach that top spot. She also said that she made up her mind not to repeat her mistakes once she started starring in the Hindi film industry. 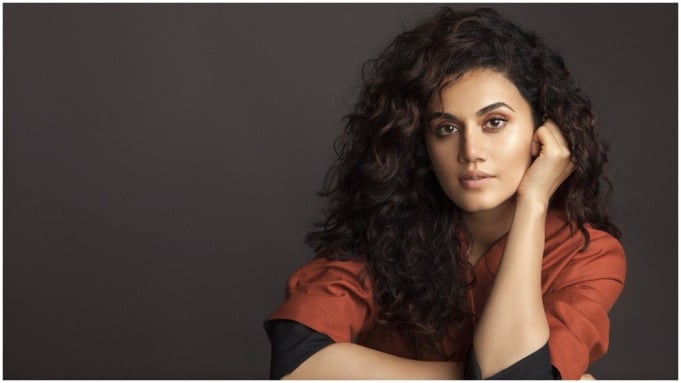 While talking to a leading daily, Taapsee shared, “In the beginning, I was told that the only way to become a star was to work in big-ticket films. Alongside big heroes, and that’s what took you to the top. And that pretty much meant you had to look ultra-glam, be the diva… look a certain way, and be a certain way. And as I told you, I didn’t fit in. So in the beginning, I tried hard to change myself and to seem more glamorous and a little dumb… because, looking good equals not having a brain.”

“So I took up certain roles because that was the norm. And I realized, very quickly, that those films were just not working for me. And that when I did something out-of-the-box, unconventional, not-so ‘heroin-like, it did work for me. So I realized that being relatable worked better for me, than seeming aspirational. I learned this lesson while working on films in the South, so when I switched to Bollywood, I knew that I would not repeat my mistakes,” she added. The Thappad actress featured in numerous Telugu and a few Tamil films before she made her debut in Bollywood. She stepped into the Hindi film industry in 2013 with the film Chashme Baddoor.

Taapsee was last seen in Haseen Dillruba, Anaabelle Sethupathi, and Rashmi Rocket on OTT platforms. She has several films in the pipeline including, Looop Lapeta, Dobaaraa, Shabaash Mithu, and Mishan impossible. The actress is currently busy shooting for Woh Ladki Hai Kahaan?