“I Will Not Buy Beauty Products Of Your Brand”, Says Sona Mahapatra Against Jacqueline

Sona Mahapatra, a well-known singer who has shared her opinion on almost every issue on social media, is again in the headlines. Sona has recently lashed out at Bollywood actress Jacqueline Fernandes on social media. Sona Mahapatra has opened a direct front against the actress by sharing the post on Twitter. Singer shared the post and said that she will no longer buy beauty products under Jacqueline’s name. 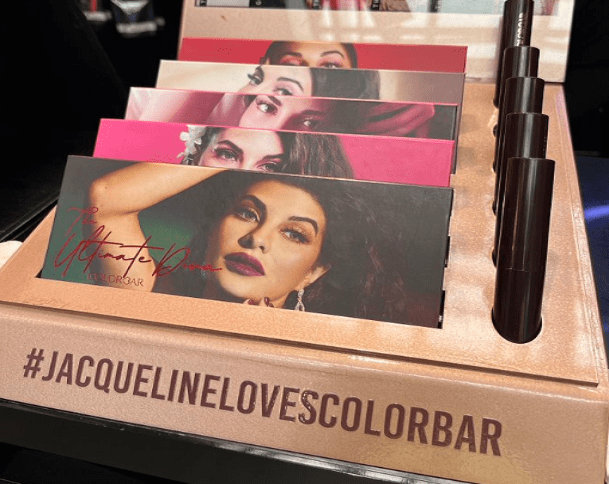 The actress shared a picture of Jacqueline’s face beauty products on Twitter and wrote in a tweet, “Obviously free, expensive, unwell luxury gifts … My personal decision to avoid any brand of such brand ambassador. It is important to note that Jacqueline was under investigation of Enforcement Directorate against the Rs 200 crore money laundering against Sukesh Chandrashekhar. Since then, the difficulties of the actress have been increasing. 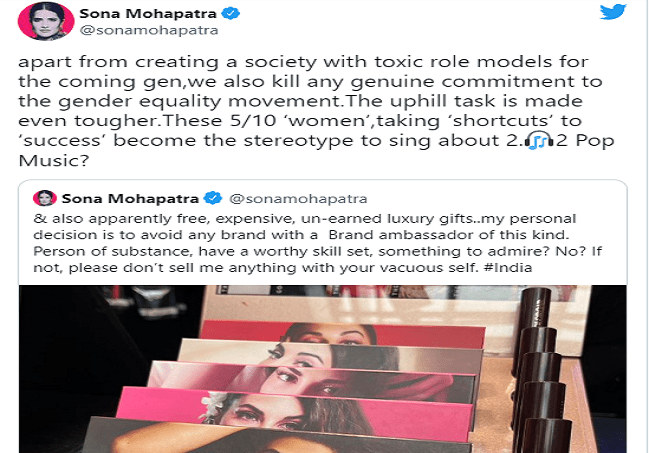 Sona who is vocal on almost many subjects on social media is often seen dealing with trolls. She often gives a befitting reply to trolls on social media. Recently, the actress shared a post supporting Aamir Khan’s daughter Ira Khan on her birthday. In support of Ira who got trolled for cutting cake in bikini, Sona said that she is a 25 -year -old adult, who does not need anyone’s permission for her choice.