Actress Sonnalli Seygall, who made her Bollywood debut with Kartik Aaryan starrer Pyaar Ka Punchnama in 2011 is quite active on Instagram. She enjoys a fan following of 1.4 million. On her social media handle, Sonnalli keeps her fans updated with the different activities she indulges in. And topping her list is Yoga. People who keep an eye on Seygall’s gram account know how the lady is a pro at doing various yoga asanas.

Continuing the same, Sonnalli was recently spotted performing some difficult yoga asanas with her instructor. Now, this has become a talking point for many as Jai Mummy Di actress is donning a two-piece- bra and panty while acing her yoga game.

Alongside a video shared by her, she wrote, “Monday done right with @sarvesh_shashi.” As soon as Sonnalli posted the video of the same on Instagram, some users started commenting on the lack of dressing she has done in the clip. 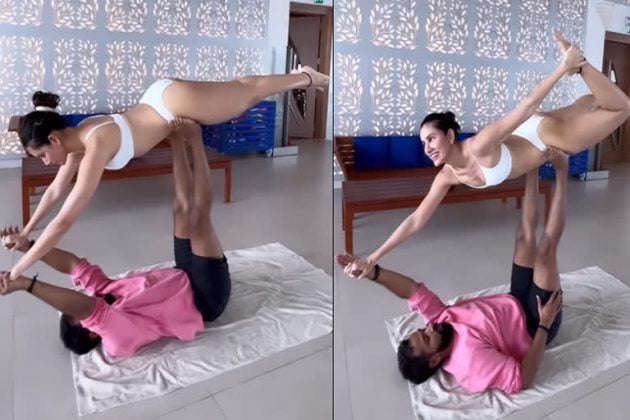 Well, Sonnalli Seygall might not have many movies to her credit, but through her photos and videos, she has surely become a star on social media.