Jasmin Bhasin Is All Set To Appear In A Punjabi Movie ‘Honeymoon’, Deets Inside!

Actress Jasmin Bhasin is gearing up to make her big break in Punjabi films. The actress will be seen in a lead role alongside Gippy Grewal in a movie called Honeymoon.  It is a film co-produced by Bhushan Kumar, Krishan Kumar, Harman Baweja, and Vicky Bahri, is set to begin production today.

She took to Instagram to upload a couple of stills from the film set and we have to say, the TV actress looked lovely in Punjabi attire. In the first photo, Jasmin is seen posing with Gippy while holding the clapboard and posing for the camera as memorabilia of beginning their first day of shooting. 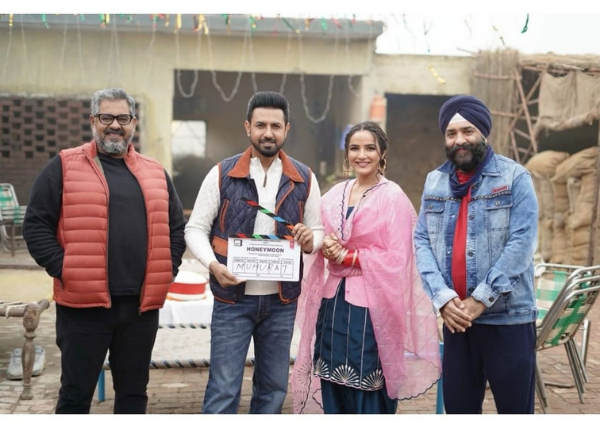 The following photo shows the entire team posing together. Jasmin is adorned in a blue salwar kameez, which she matched with a baby pink pullover and a dupatta of the same colour. 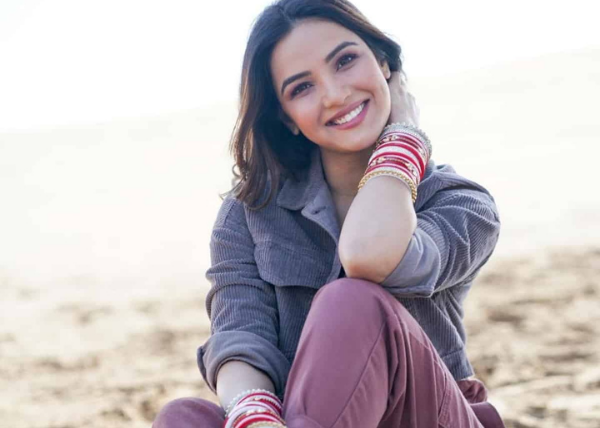 Honeymoon is a comedy-drama that centres around the story of a newlywed couple, Deep and Sukh, who desire to go on their Honeymoon. Deep’s naive and extended family, blissfully oblivious of what a honeymoon entails, joins the newlyweds on their trip because they had never left their hamlet. And so begins a whirlwind trip for 16 individuals on their honeymoon, which is strictly for the lovebirds.

T-Series Films and Baweja Studios collaborated on this film which will be directed by Amarpreet G S Chhabra. 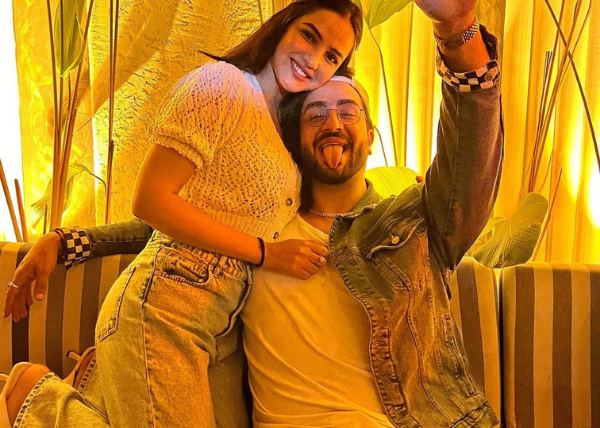 In other news, after coming out of Bigg Boss 14, Aly Goni and Jasmin Bhasin, one of the coolest couples on television, have grown stronger in their relationships. While inside the house, they had confessed their feelings for each other. The couple frequently shows their love for one another. Jasmin has also visited her boyfriend’s birthplace in Jammu and Kashmir. Aly recently posted a photo on Instagram in which he was seen twinning with his girlfriend. Fans reacted positively to the photo, even calling them “Made for each other.”