The news of Anil Kapoor’s elder daughter, Rhea Kapoor’s marriage ceremony happening at his Juhu residence broke out just on the wedding day i.e. on 14th August. This hush-hush ceremony caught media attention after people noticed the rush outside Anil’s bungalow. Since the two lovebirds got hitched, they are setting some serious couple goals. The film industry has now found a new couple to go mushy about.

Earlier we reported how Rhea thanked Karan for getting her the kind of wedding she always wanted i.e. private and low-key. Now, recently, Karan Boolani took to his Instagram handle to share a short story about his adorable journey with Rhea Kapoor in past years. Karan dropped some classy clicks of him and Rhea from their wedding party where we can spot him in a sharp suit and Rhea in a beautiful white dress. The two looked romantically involved in each other. 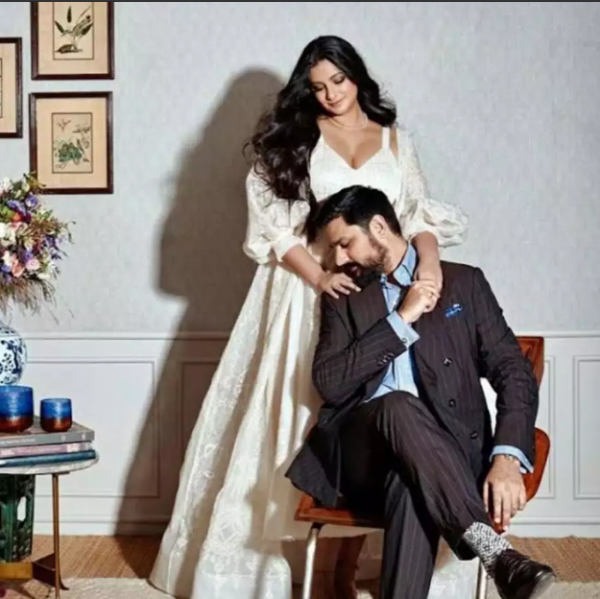 Captioning the post, Karan complimented gorgeous pictures of him and Rhea by describing their love story precisely. He wrote, “True story: we met on a movie set, she was new, I tried to bully her, ended up falling madly in love.” Well someone tried to bully successful producer, Rhea Kapoor and people won’t let him go that easily. 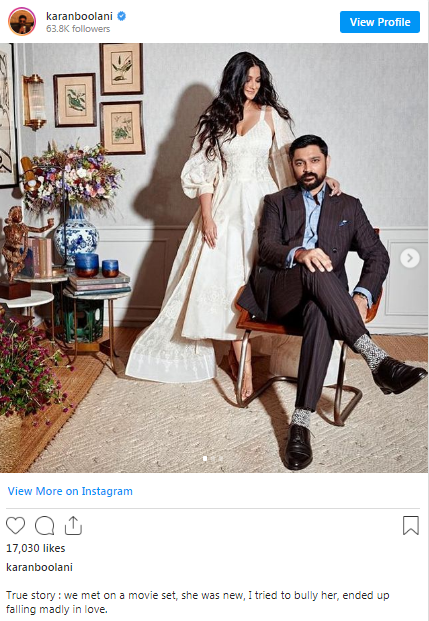 In the comments section, Rhea’s father, actor Anil Kapoor dropped fire emoji while Boney Kapoor’s daughter, Anshula Kapoor left heart emoticons on the post. Earlier, Karan had also shared a picture from their wedding and had added a very heart-warming caption. The two had an intimate wedding which included close friends and family members only. 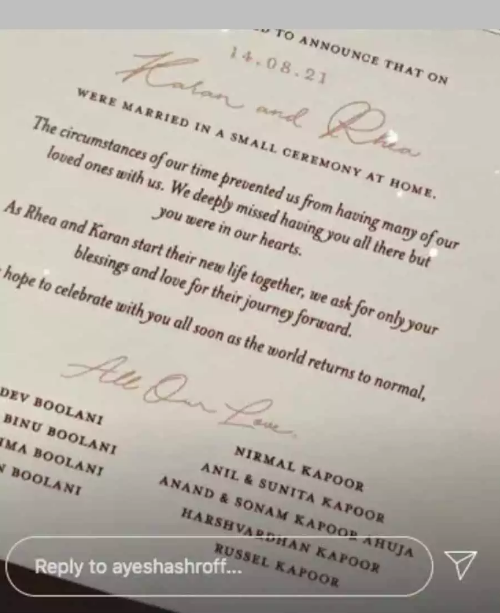 Later, the couple also sent out cards explaining why they couldn’t invite certain people. We got a glimpse of this special wedding card through Jackie Shroff’s wife, Ayesha Shroff’s Instagram story. In the card, the couple has assured of throwing a big party once everything returns to normal. It has been signed by Kapoors as well as Boolanis.

We wish the newlyweds a happy and blissful married life.