Ranveer Singh is one of the most energetic and versatile actors in the current generation of Bollywood actors. It’s nice to see Ranveer acting on screen. It is the speciality of Ranveer to go down to the extent of passion in his characters and his directors are also impressed by his performance. Now Karan Johar has expressed his feelings for Ranveer Singh through a note, which he has shared on Instagram. 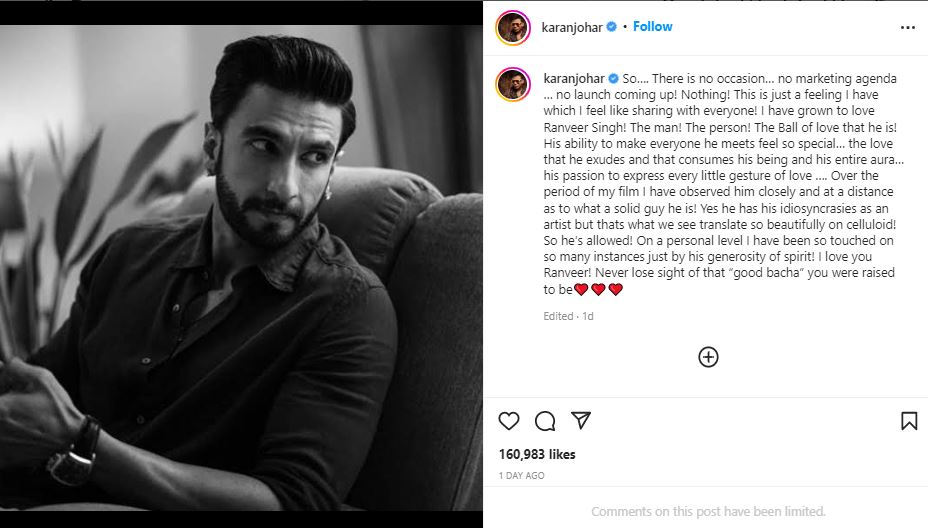 Karan has shared Ranveer’s black and white picture with this note. Karan wrote – There is no chance… there is no marketing agenda either… no lunch is coming either. Nothing is there It is simply a sentiment, which I felt should be shared with everyone. My love for Ranveer Singh has increased. What a human What a person The ability to make everyone feel special to whomever you get. The love that springs from him and that aura. During my film, I have seen him up close and also from afar. Karan further wrote – He is a very intelligent person. Yes, as an artist, he does some mischief, but he comes out beautifully on screen. Therefore, it is allowed to him. On a personal level, I get emotional with his humility on several occasions. Ranveer I love you Never lose the good child you were raised to be. 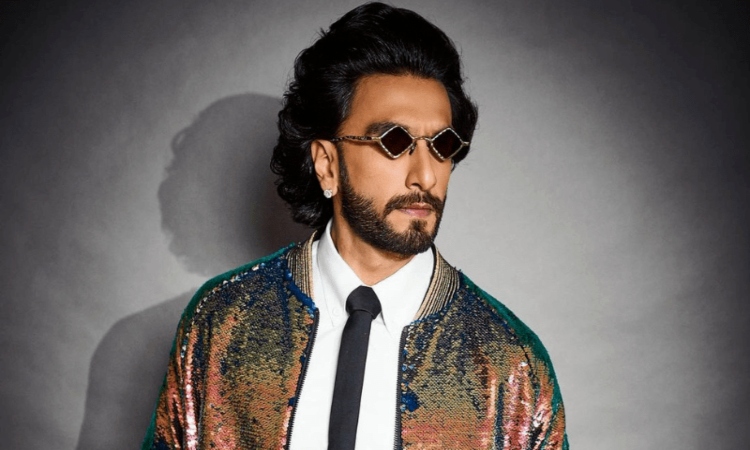 Many celebs have reacted to this post of Karan. Alia Bhatt called Ranveer Singh the best human. At the same time, Anil Kapoor reacted by making a heart emoji. Ranveer has done Dil Dhadakne Do with Anil and Gully Boy with Alia. Alia and Ranveer Singh will be seen together in Karan Johar’s film Rani Aur Rocky Ki Prem Kahani, which wrapped up shooting recently. Karan Johar himself is directing this film. Apart from anthology films, Karan’s last directorial was Ae Dil Hai Mushkil Hai, in which Ranbir Kapoor, Aishwarya Rai Bachchan and Anushka Sharma played the lead roles