Kartik Aaryan Reveals To Kareena Kapoor Khan About His ‘Liking’ Towards Sara Ali Khan; Deets Inside

Bollywood actor Kartik Aaryan was honored with the title of National crush. Actresses like Sara Ali khan who had expressed her desire to date the actor on Karan Johar’s show Koffee with Karan. On the other hand, Ananya Pandey had openly declared her crush on the actor on National Television. Seems like the actor has a long queue of actresses drooling on him. However, now, news of their split has been doing rounds on the internet. Speculations are that Sara Ali Khan wanted to concentrate more on her acting career rather than entering into any serious relationship.

Recently, when Kartik asked about the split up reports with the Sara Ali Khan and started dating Ananya Pandey as the duo was spotted having a dinner date. The couple maintained their “Just friends” stance. Fans want to know what’s cooking between the two. 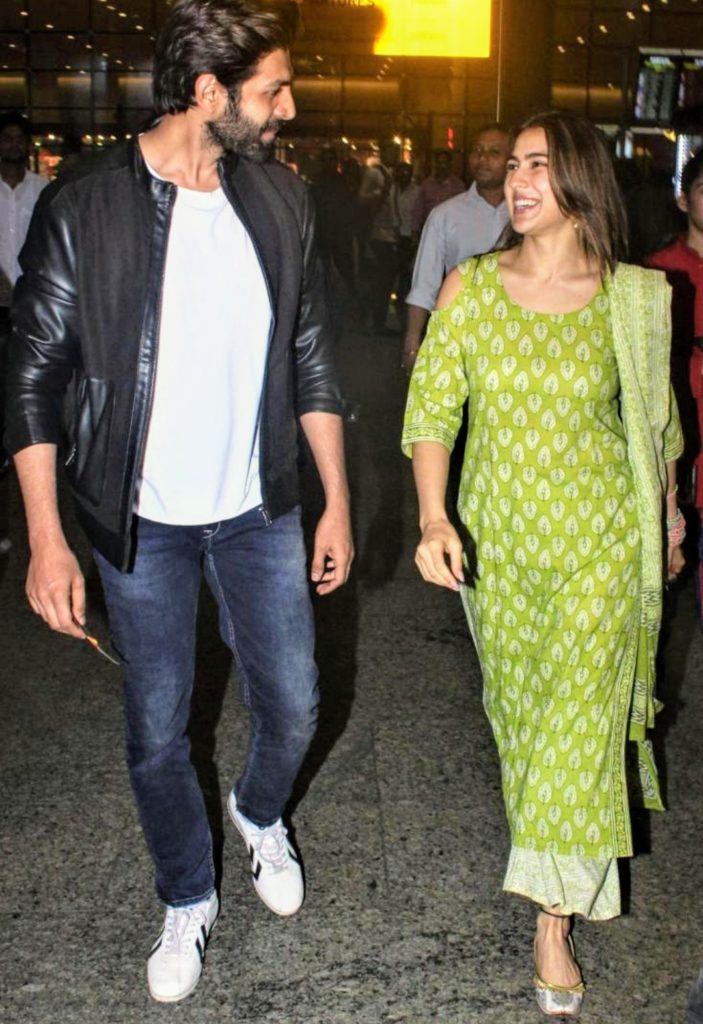 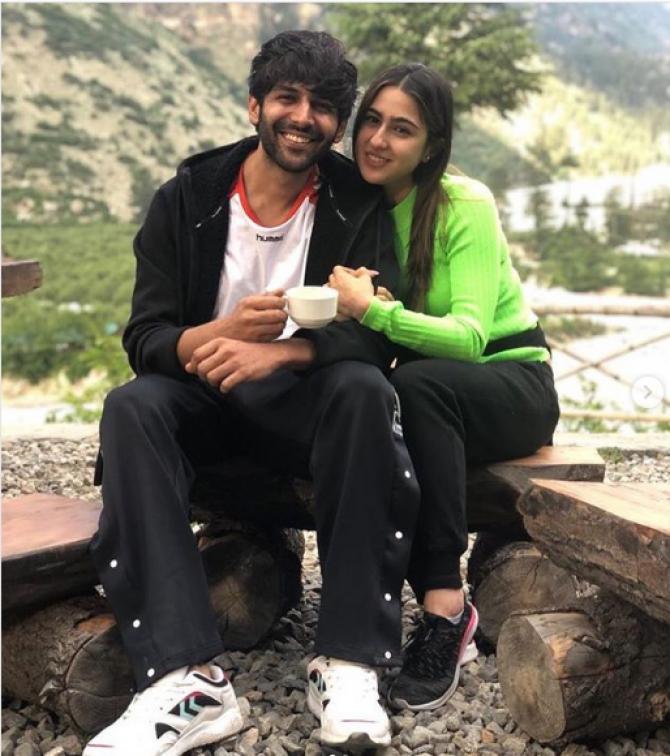 Since then we have been rooting for the duo to turn into a couple. But the good news is for all those who want to see the duo together can see their on-screen chemistry in directors Imitiaz Ali film. Also, during their shooting phase, we got to see many pictures of Sara and Kartik cutely posing for the shutterbugs and sharing wonderful chemistry in the media. On August 12, 2019, the actor had shared a beautiful picture from Sara’s birthday celebration, and had written a heartfelt wish, “Happy Birthday Princess @saraalikhan95 And Eid Mubarak.” 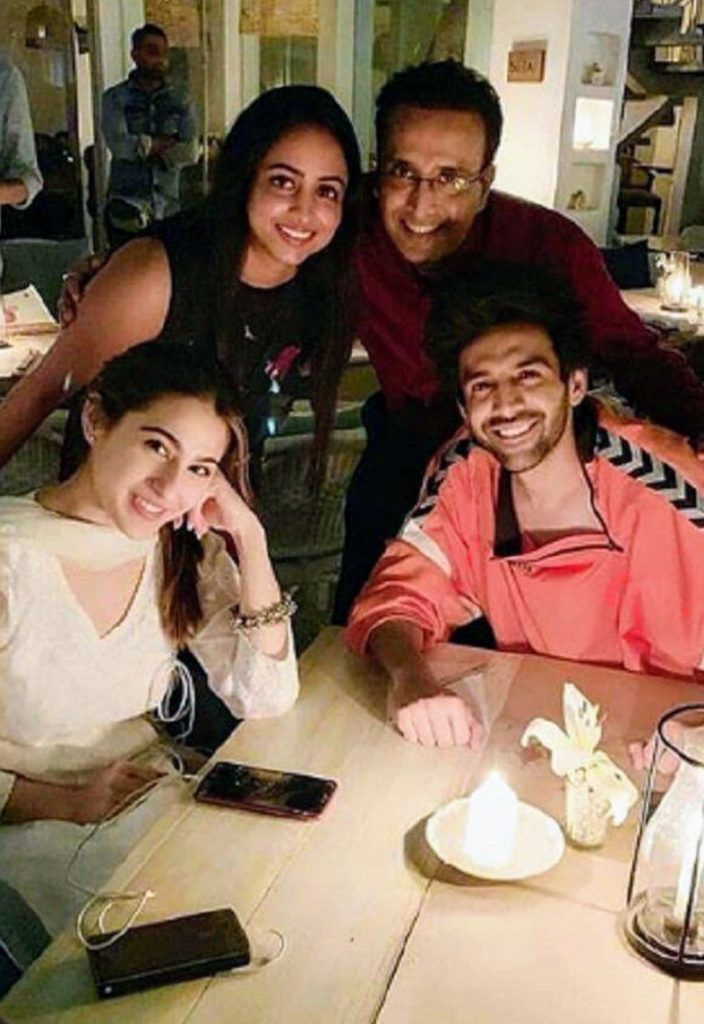 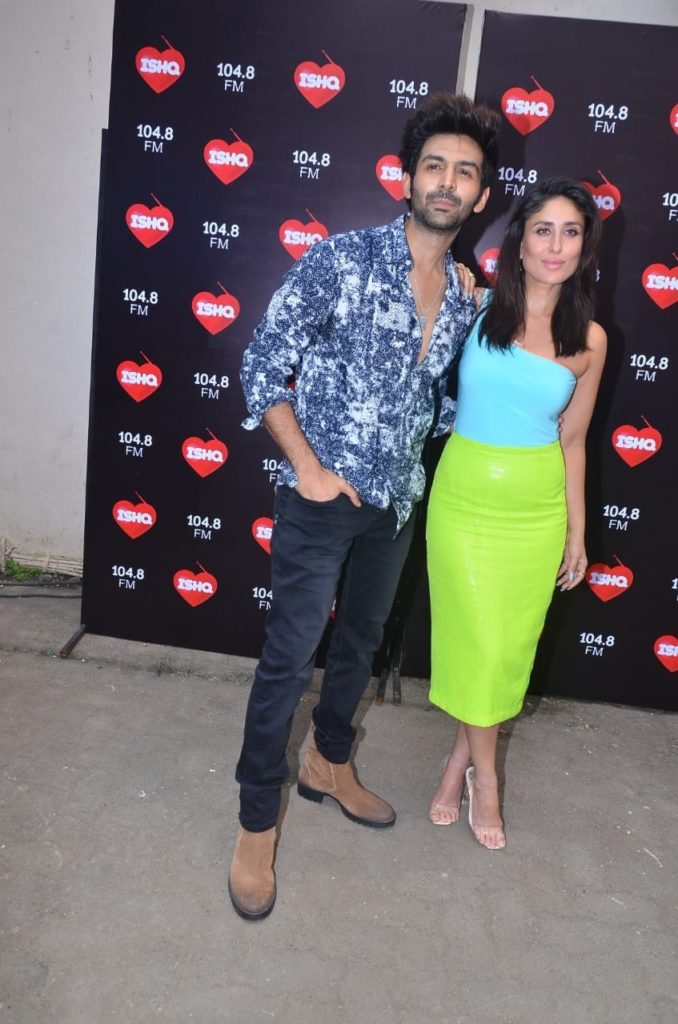 For quite some time, there have been speculations that the ‘rumored couple’ Sara Ali Khan and Kartik are no longer together. However, recently, Kartik Aaryan graced Kareena Kapoor Khan’s radio chat show, What Women Want, wherein, the actress asked him the most awaited question of his dating status.

Kartik seems to have to daunt a question and said that he doesn’t know what is happening right now. He also told his mother often reads the news to him and tells him the names of the actress that he has been linked up with this week.
Later, Kareena Kapoor in a fun segment asked the actor to pick between like, friendzone and block from the following names and the first name Kartik was given was of her rumored ex-girlfriend Sara Ali Khan. To which, Kartik’s response came instantly with a big smile on his face as he said, ‘Like’. Aww, looks like the actor still had some feelings left for his costar.