Bollywood actor John Abraham is making headlines these days for his film ‘Satyamev Jayate 2’, which has been released in theaters today i.e. on November 25. Actress Divya Khosla is seen with John in this film. Both the stars are promoting their film with full noise. In such a situation, John and Divya will reach the popular quiz based reality show ‘Kaun Banega Crorepati’ to promote their film. During this, like every contestant or celebs, these two stars will also face the difficult questions of Amitabh Bachchan. Not only this, Divya and John are also going to have a lot of fun together with Amitabh Bachchan in the middle of the game. But in the meantime, John will also get emotional on something.

Actually, a promo video of the upcoming episode of the show has surfaced, which shows some moments from John and Divya’s stellar entry to their emotional state. It can be seen in the video that John and Divya take a bang entry in the first show. After this, John does some action moves in front of Amitabh, on which Big B gives a shocking reaction. Seeing John’s action, Amitabh Bachchan says will you kill? However, this series of jokes does not stop here. John teaches Big B the tricks of football and then John is seen flaunting his super total body show. During this, everyone present there starts shouting ‘John John’. However, in the midst of all this fun, John Abraham gets emotional on something. Not only this, his tears are also visible, due to which the entire set becomes silent. Everyone there gets emotional seeing John. In this promo, the reason for John getting emotional has not been given. In such a situation, the reason for this will be revealed only when the show is telecast. 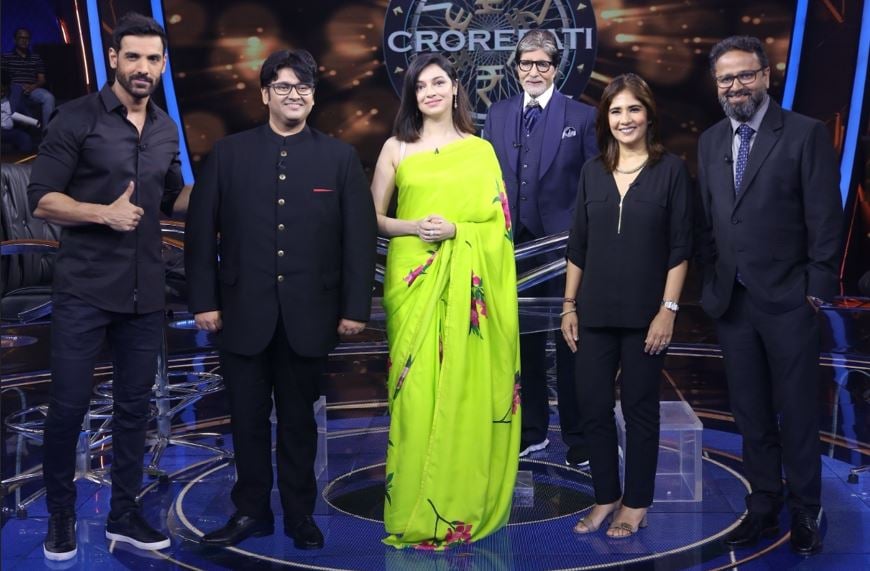 In this show, John shares an anecdote from the film ‘Dhoom’, in which he was seen with Abhishek Bachchan. John says to Amitabh, ‘Once I came to your house on my bike after the release of ‘Dhoom’, then you told me not to promote Abhishek for this. After this, when Abhishek comes down, you see him and praise my bike and say that it is very good. Everyone starts laughing after hearing this from John.