Kriti Sanon and Tiger Shroff had marked their Bollywood debut together with the 2014 hit film, Heropanti. Now, after 7 years, the two will again romance each other as they will be seen sharing the screen space in the upcoming action-thriller, Ganapath. Ganapath will be produced by Vikas Bahl.

In an interview with Pinkvilla, Kriti Sanon shared that she is quite excited to start this project with her ex-co-star Tiger Shroff. She said, “See Tiger is someone who I have like a soft corner for in my heart, because he’s my first co-star in the Hindi film industry, and we have started our careers together. We have been in the same boat, gone through the same things, and grown together.” However, she added they are not close pals who would stay in touch regularly. Kriti added, “He and I have not been like thick friends to sort of stay in touch with each other all the time, we don’t really meet up or catch up. We aren’t those kinds of friends, but we always wish very well for each other, and that’s been a constant. I think that warm feeling is there for each other and it’s always going to stay.”’

Take a look at the first poster from the Film Ganapath: 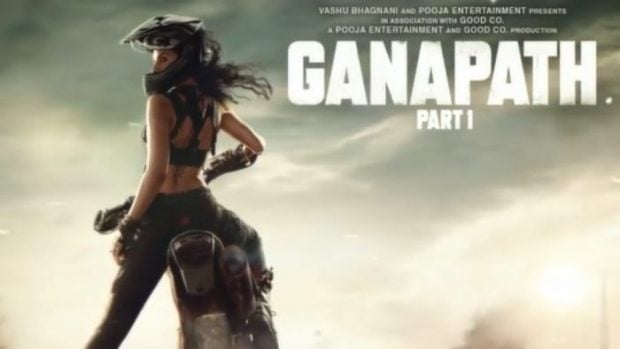 The Bareilly Ki Barfi actress also shared that she is extremely astonished to see Tiger climbing the ladder of success. Kriti said “I’m just so happy when I see him grow, see him do better, make 200 crores at the box office, get better and better and higher and higher in his jumps and everything that he does. I don’t know why we have not worked together in the middle for so many years, but I’m so excited to actually face the camera with him again. I don’t know how it’s going to be because we both have really grown from where we started, but I think it’s going to be a new feeling, yet very familiar.” 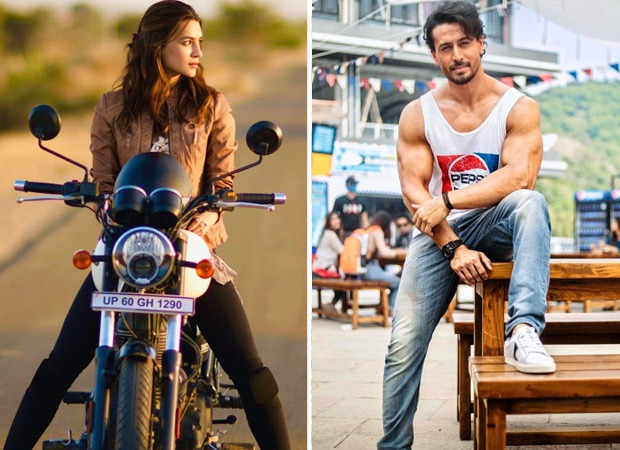 Further in the interview, Kriti revealed that fans will get to see her doing action stunts in Ganapath. “But yes, you’ll see me do action for the first time properly. You have seen the poster that has me on a Dirt Bike, that’s also something that I’m supposed to learn. I mean, I did ride a Bulletin Bachchan Pandey, but a Bullet and a Dirt Bike are very different from each other. Which reminds me that I have to start these training sessions soon, otherwise I won’t be able to be ready in time,” she said.

The actress has made a firm place for herself in the film industry and is one of the most followed freshies in Bollywood. Kriti is on the casting list of many ace directors. Her association with big production houses is not something new.

Kriti is not just a pretty face. In fact, she is a beauty with brains. The actress completed her B.Tech in Electronics and Communication from well known Jaypee Institute of Information Technology in Uttar Pradesh. If not an actress, Kriti would have made a career as an engineer. She has completed her schooling at Delhi Public School, RK Puram, New Delhi.

With her latest release, Mimi, Kriti has broken some stereotypes attached to her. With her acting, she has proved that her capabilities are beyond just playing a love interest to heroes and that she can own any titular role. For Mimi, Kriti worked really hard and had also gained around 15 kg.