Kriti Sanon Will Soon Be Amitabh Bachchan’s Tenant Of A Duplex Apartment In Andheri- Exclusive!

Kriti Sanon’s film Mimi released on Netflix was very much liked by the audience. After that Kriti’s second film Hum Do Hamare Do is ready for release on Disney Plus Hotstar. On the personal front, the actress is soon going to shift to a new house. If reports are to be believed, Kriti Sanon has rented a new apartment in Andheri and this house belongs to none other than Amitabh Bachchan, the megastar of the century. As per reports in Pinkvilla, it is a duplex apartment in Andheri, which belongs to Mr. Bachchan, and Kriti has rented it for now. She liked this house, and she is going to live in the house soon. It is being told that Kriti was looking for a good house for herself for a long time. The source said that when she saw this house, she immediately fell in love with it. Meanwhile, on the work front, Kriti Sanon has a lot of interesting films lined up in the times to come. 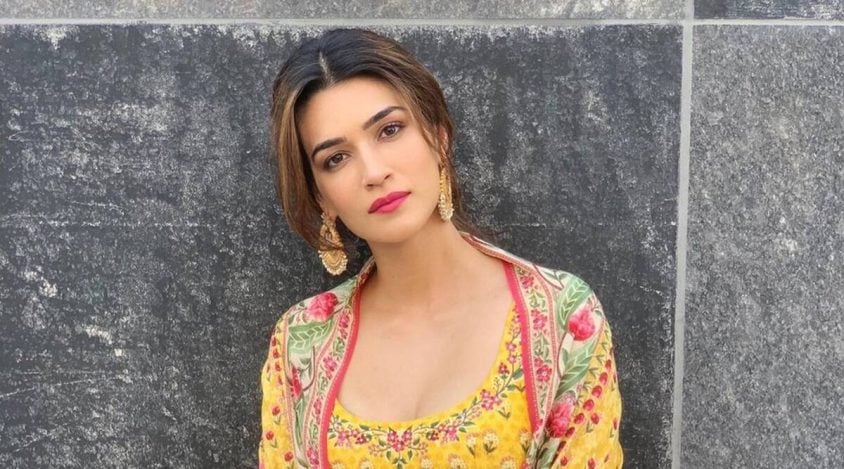 Talking about Kriti’s upcoming films, she will be seen in Bhediya with Varun Dhawan, Adipurush with Prabhas, Bachchan Pandey with Akshay Kumar, and Ganpat with Tiger Shroff. These days she is busy with the promotion of her upcoming film ‘Hum Do Hamare Do’. Out of which the shooting of Bachchan Pandey, Adipurush, and Bhediya has been completed and the films are ready for release. Apart from Mimi, Kriti was seen in Panipat. In which Arjun Kapoor was seen with her but the film flopped. 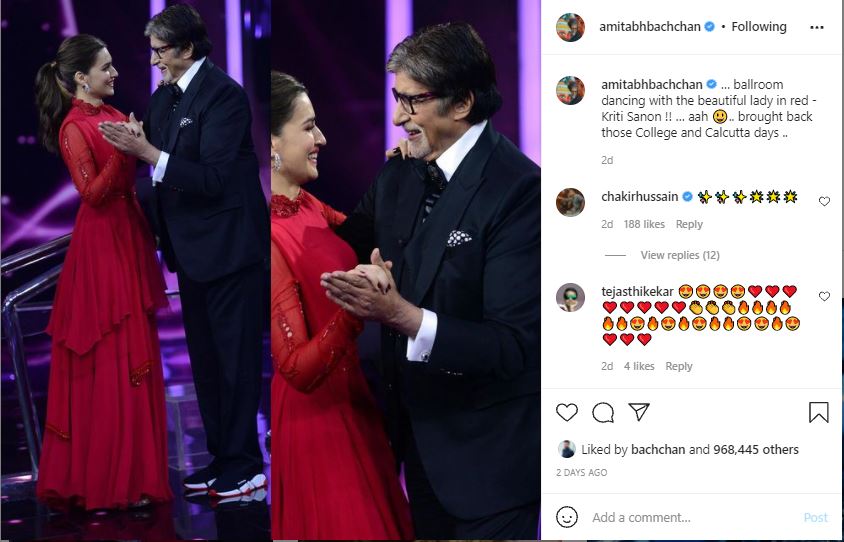 Kriti will recently be seen in Amitabh Bachchan’s show Kaun Banega Crorepati 13, whose pictures have gone viral on social media. Big B shared some pictures with Kriti and said that ballroom dancing with the beautiful lady in red – Kriti Sanon !! aah brought back those College and Calcutta days.

While reposting the post, Kriti wrote, And my day was made!! P.S. From watching KBC as a kid to coming on the show and dancing with the man himself— can I take a moment to soak this journey in!