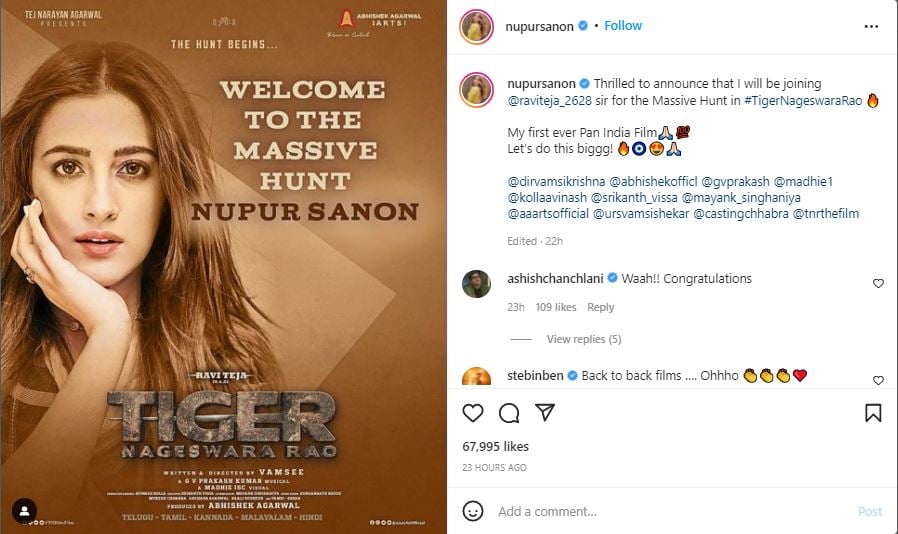 The film will also feature Nupur Sanon, sister of Bollywood star Kriti Sanon, as one of the lead actresses in the film, as it will also feature another actress apart from Nupur. Popular model Gayatri Bhardwaj will be playing the role of another actress in this film. Like Nupur, this is also the first film of Gayatri Bharadwaj. Gayatri Bharadwaj has won fbb Colors Femina Miss India United Continents 2018. She has also won the titles of Sephora Miss Glamorous Look, Jio Miss Popular, Miss India Delhi 2018 etc. He has garnered a lot of praise for his performance in the web series Dhindora. 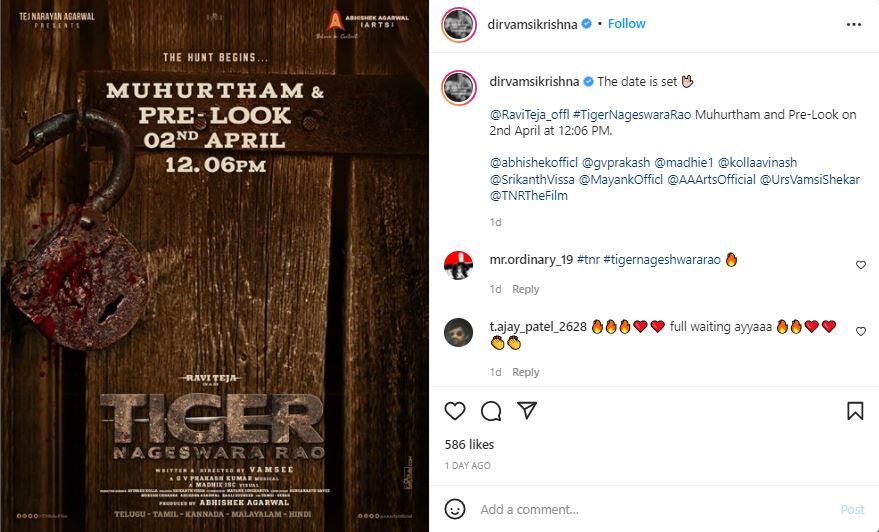 The film Tiger Nageswara Rao will be made in Telugu, Tamil, Kannada, Malayalam and Hindi languages. Based on the life of the notorious thief in Stuartpuram, Tiger Nageswara Rao is set to be the highest-budget film for Ravi Teja. This will mark the actor’s first pan India project. The film has music by GV Prakash Kumar, dialogue by Srikant Visa. Its production designer Avinash Kolla and Mayank Singhania are co-producers. 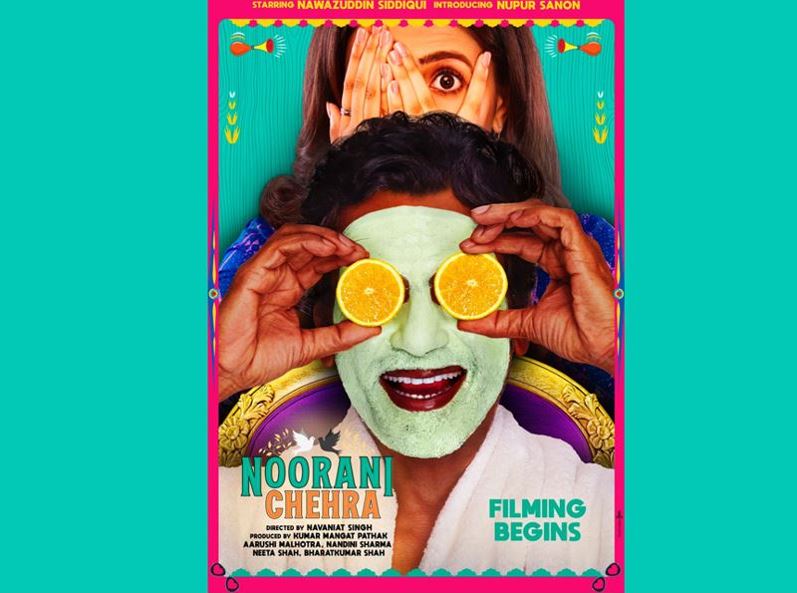 Nupur Sanon is making her Bollywood debut with the film ‘Noorani Chehra’ opposite Nawazuddin Siddiqui. The shooting of this film is over and now the film will be released this year. Apart from this, Nupur Sanon has also worked with actor Akshay Kumar in two music videos ‘Filhaal 1’ and ‘Filhall 2’. Which is sung by singer B Praak and both these songs have become huge hits.