The utterly gorgeous actress and model, Malaika Arora is known for her style statements and impeccable fashion choices. Being a fitness fanatic, Malaika is often papped outside the gym. Besides that paparazzi also clicks her on her frequent walks with her tiny dog. Recently, the actress and her ex-husband, actor Arbaaz Khan were spotted together. The two united to receive their son, Arhaan at the Mumbai airport. Both Malaika and Arbaaz greeted their son with a warm hug as he reached Mumbai. Videos and pictures of their emotional reunion surfaced on social media. 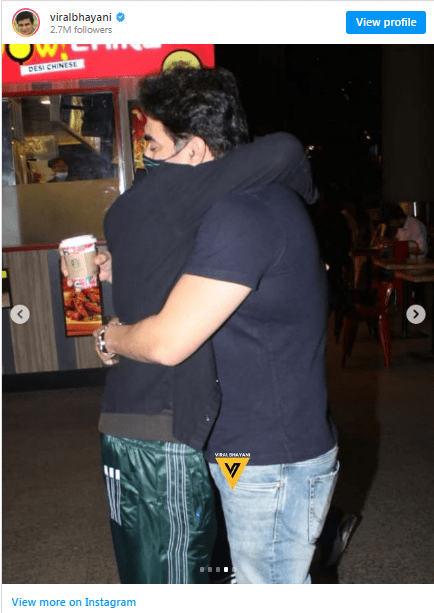 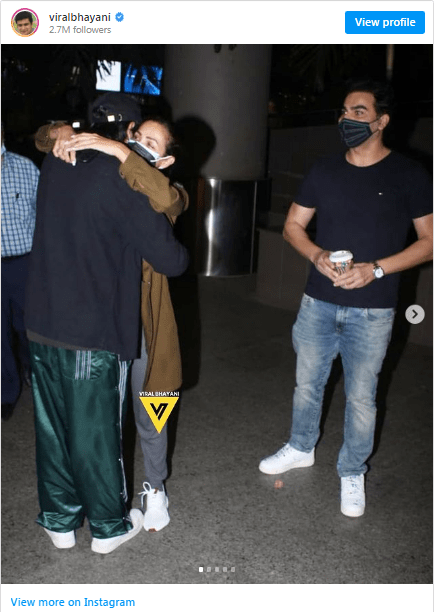 Arhaan, who is studying at a college abroad has come home for his Christmas break. After taking a gap year from studies, the son of Malaika and Arbaaz had left the country in August this year for his higher studies. Since then, Malaika has been posting about him. She often talks about how much she misses him.

Back when Arhaan left the country, Malaika posted a picture of them facing away from the camera and wrote, “As we both embark on a new and uncharted journey, one filled with nervousness, fear, excitement, distance, new experiences…all I know is that I am super duper proud of you, my Arhaan. This is your time to spread your wings and fly and soar and live all your dreams…miss you already #allmine#myminime.”

In 2017, Malaika and Arbaaz went separate ways. Currently, the two are in relationships with Arjun Kapoor and Giorgia Andriani, respectively. The two are co-parenting their son Arhaan. Malaika is currently judging the second season of the dance reality show, India’s Best Dancer alongside Geeta Kapur and Terence Lewis.