Mirzapur 3 Workers Claims That Excel Entertainment’s Company Has Failed To Pay Them!

After the Film Studios Setting and Allied Mazdoor Union (FSSAMU) charged Excel Entertainment, owned by Farhan Akhtar and Ritesh Sidhwani, for failing to pay wages to 300 daily-wage employees who worked on the online series Mirzapur 3, Excel Entertainment found itself in hot water. According to the union, Excel Entertainment owes the staff 20–25 lakh rupees in back wages as of May 2022.

On Tuesday, Excel Entertainment refuted claims that it owed 20–25 lakh rupees to Mirzapur 3 set labourers. According to a source, Excel Entertainment allegedly did not respond to the union’s demands, but once FSSAMU sent a letter to the media, the production company got in touch with the union and pledged to pay the dues within the following 48 hours. The corporation clarified the situation in a statement that said, “This is the first time we are being made aware about such a complaint lodged by the union,” according to a report. Additionally, we would like to [note] that the FSSAMU has not contacted Excel by letters, emails, or phone calls. 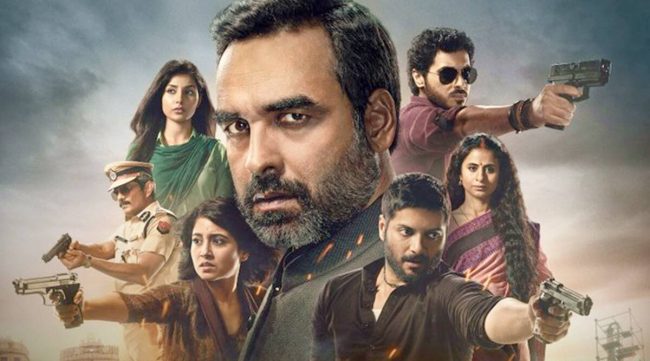 Seven to eight projects are now in production at Excel, and none of them is experiencing problems unrelated to payments. We have been in business for 22 years and have never had a complaint about non-payment. Excel has a tight payment compliance policy under which we pay daily-wage employees directly rather than through a union. We’ll look into this issue on our end. Excel has a fantastic reputation in the sector for handling all partners with respect and decency on an equal basis.

According to a Mid-day story, Excel Entertainment said that FSSAMU failed to contact the company before going to press. FSSAMU general secretary Gangeshwarlal Shrivastav claimed that the union had sent three letters to the production company, the first of which was delivered on May 30. Later, the union claimed in a letter to the media that the workers had been forced to put in longer hours than were allowed by labour law. The union further claimed that on Mirzapur 3 sets, neither appropriate seating nor wholesome food was offered to the cast members.

`Since May, the Mirzapur 3 sets have been the focus of more than 300 daily wagers. They haven’t received payment in more than three months. The producing house did not reply to any of our letters. Excel reached us and promised to pay the debt 48 hours after we presented the letter to the media, but we need that commitment in writing, according to Gangeshwarlal Shrivastav in the Mid-Day article.

Prime Video announced the third season of the well-known show earlier this year, however, no release has been specified. The first season premiered in 2018 and the second in 2020. The little UPtown and the connected fortunes of two families are the series’ main subjects. One is commanded by the don Akhandanand Tripathi, also known as Kaleen Bhaiya (Pankaj Tripathi), while the other is led by Guddu Pandit, Ali Fazal’s sidekick. Rasika Dugal, Kulbushan Kharbanda, Vijay Varma, Isha Talwar, and Lilliput are also featured in the programme. Shriya Pilgaonkar, Divyenndu, and Vikrant Massey were also present in earlier seasons.