Mouni Roy Flaunts In Her Yellow Outfit With Flowers, Fans Are Enthralled To Watch Her

Mouni Roy has become such a serpent on the hearts and minds of the people. Every act of hers attracts the fans a lot. That’s why whenever she shares her pictures on social media, everyone keeps looking at her. However, her style and looks will also have to be praised, due to which the fans are crazy about her. Even when she reaches for a casual outing or award function, she steals everyone’s limelight.

In terms of style, Mouni also competes with the big screen actresses. Then whether it is her bold look or desi style. But let us tell you that Mouni’s fans like her equally in desi style. As bold and glamorous as possible. The proof of this is these pictures which Mouni has recently shared. In which she is seen giving grace sitting in the garden with a sharara suit. These pictures of Mouni have got more than three lakh likes so far. 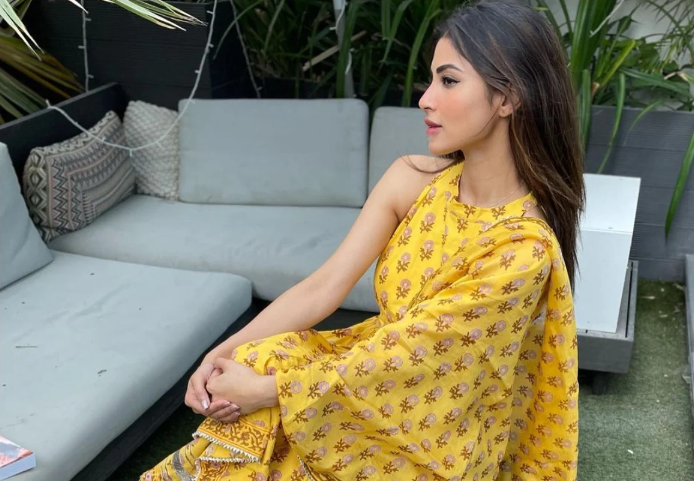 By the way, Mouni Roy often keeps gifting fans with great pictures. Seeing this, the heartbeat of the fans always increases. But this time she has tried to impress everyone with her killer desi performances. That’s when her new looks have come to the fore.

Posing in the garden, Mouni is seen wearing a yellow floral print sharara. On its side, silver-colored gota work has been done. At the same time, the chunari on the shoulder is also exactly matching. Usually, matching outfits ranging from sharara to chunari are less suitable. But it is the result of Mouni’s sartorial choice that this looks tremendous on her. 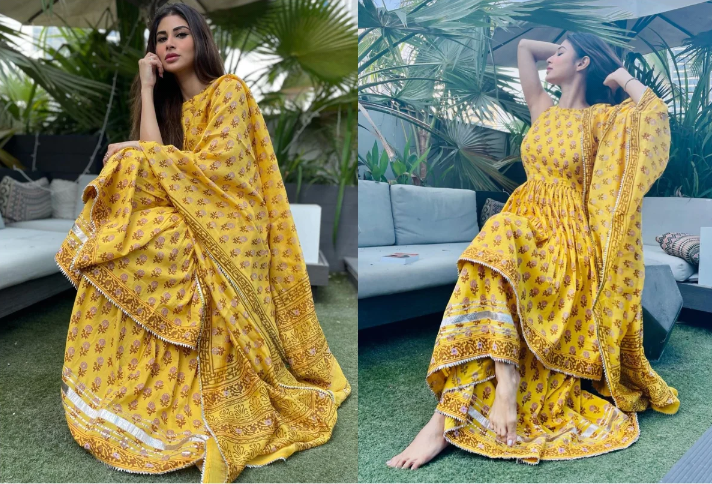 Small red color flower prints are made on the yellow color kurta. At the same time, the joule neckline and sleeveless design are making it special. On the other hand, Mouni has made this desi style special through makeup. Pink blush chicks with a red-lipped pout and loose hair are adding to her beauty.