Navya Naveli Nanda, the granddaughter of Bollywood superstar Amitabh Bachchan, shared beautiful pictures in saree on Instagram on Saturday. Fans are very fond of these pictures. Even the users are asking Navya, looking very beautiful in a sari, if he can send his relationship for her. 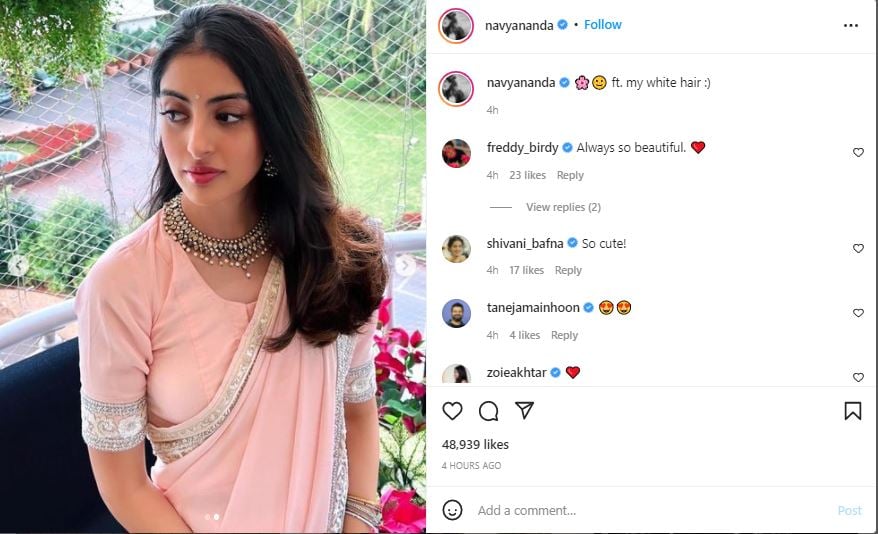 Navya has shared two pictures on social media, in which she is seen wearing a saree and jewellery. She was wearing a peach coloured saree. Sharing this picture, she wrote in the caption, “My white hair.” 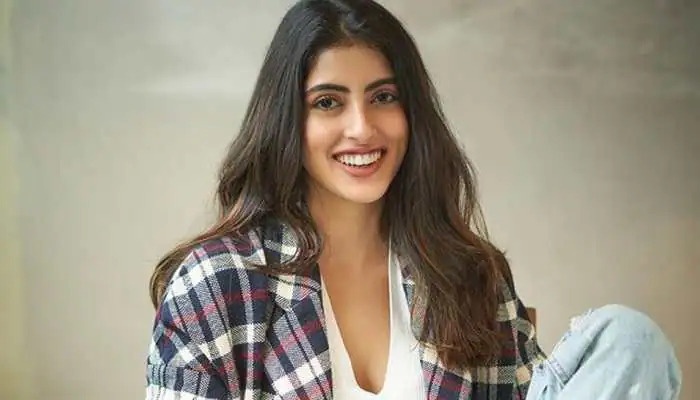 Navya is Shweta Bachchan Nanda’s daughter and granddaughter of Amitabh and Jaya Bachchan. Sikander Kher has also made a heart emoji on this picture. More than several thousand people have liked these pictures so far. Amitabh Bachchan has also liked the picture. Apart from this, there are reports in the media that Navya is rumoured to date Bollywood actor Siddhant Chaturvedi. Earlier it was reported in the news that Navya is dating Javed Jaffrey’s son Meezaan Jaffrey.