Actor Ayushmann Khurrana has carved a niche for himself in Bollywood in a short span of time. Apart from this, he also gives his opinion on the various issues running in the country. At the same time, the new release date of Ayushmann’s upcoming film ‘Anek’ has been announced. Ayushmann’s film will now be released in theaters on May 13. 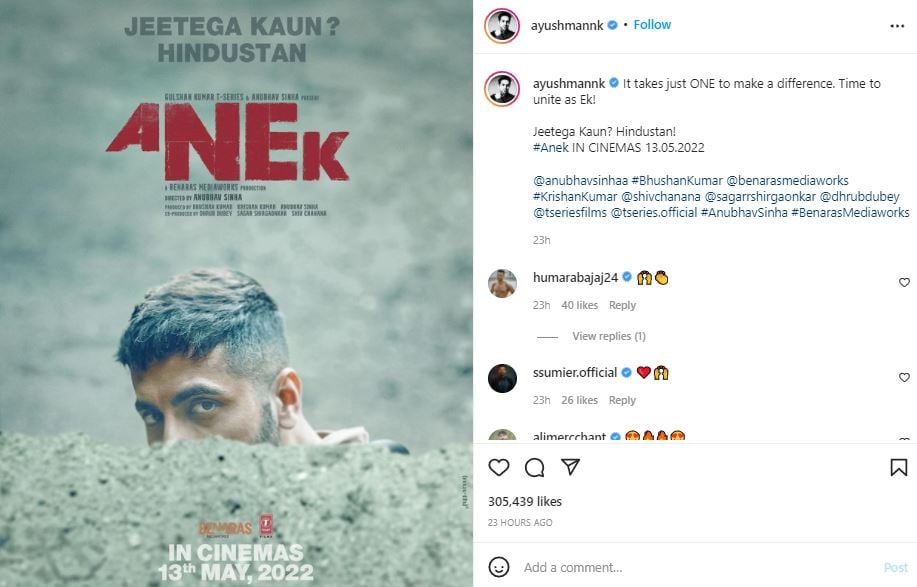 The actor has shared a poster on his Instagram about the release date of the film. In this poster, the actor is looking at the camera from behind a rock. Sharing this poster on Instagram, the actor wrote the caption, “It takes just ONE to make a difference. Time to unite as Ek! Jeetega Kaun? Hindustan! #Anek IN CINEMAS 13.05.2022 @anubhavsinhaa #BhushanKumar @benarasmediaworks #KrishanKumar @shivchanana @sagarrshirgaonkar @dhrubdubey @tseriesfilms @tseries.official #AnubhavSinha #BenarasMediaworks”. 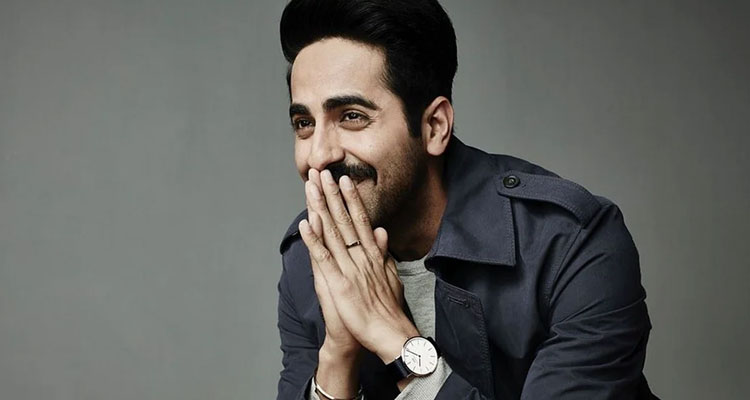 Ayushmann Khurrana recently said in an interview to news agency IANS, “I always feel that I am working in such films, which not only entertain people but also gives messages to people in the most unique and fun way. These are the films that remain the most engaged and discussed. I consider myself one of the lucky actors to be trusted by the best filmmakers with their brilliant scripts”. 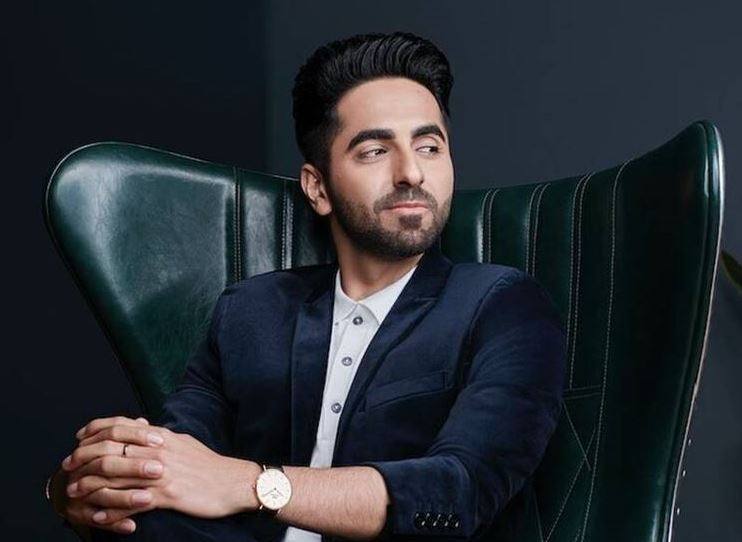 If we talk about his work front, then he is going to be seen in Junglee Pictures’ film Doctor G. Actress Rakul Preet Singh is going to be seen playing the lead role in this film along with Ayushmann Khurrana. The film will release on June 17, 2022. Apart from this, Ayushmann is also working in the action drama film An Action Hero. The shooting of this film is going on right now.