Basking in the success of Dream Girl, Nushrat Bharucha was in for a double celebration as the actress celebrated a friend’s bachelorette in Thailand along with the success of the film. The actress took off to Thailand on a 10-day getaway and had some great time with her girl pals. Along with enjoying the bachelorette of her best friend, the actress also raised a toast to her latest film crossing the 100 crore mark at the box-office. Now talking about her sultry holiday pictures, Nushrat is too hot to handle in the latest bikini pictures shared.

She took to her Instagram and shared a few hot pictures of herself. In the pictures, Nushrat is seen looking sensuous as she poses for some fun pictures in a white bikini on a beach in Thailand. 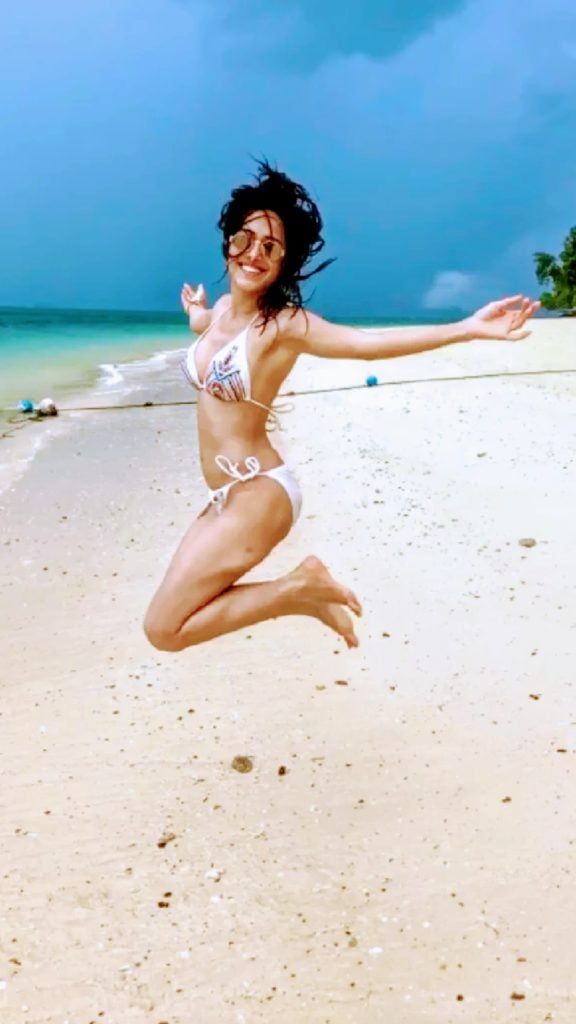 In the pics, Nushrat can be seen enjoying at the beachside and posing in bikini. She shared a string of photographs on her Instagram handle and wrote, ”Tropic like it’s hot .”

Nushrat is on a 10-days trip to Thailand along with her bunch of friends for the bachelorette of her best friend, Shrushti.

Going by her pictures, one can say that she had a great time. Talking about her trip, Nushrat told Mumbai Mirror, “I explored the islands around Phuket in the first seven days. We stayed at a resort in Coconut Village Island and it was a 20-minute boat ride to the islands. We have been partying every single night. Shrushti, who’s been my best friend for a decade, gets married in November. I’m doing crazy things every single night, but I am not going to tell that to anybody.”

She further said, “The trips are so hectic that I need a week to relax on returning to Mumbai. The days are spent on the beach, riding the waves and indulging in water sports. We have dinner at a nice place, then go bar hopping. We get back at 5 am, sleep for two hours, then it’s an early breakfast.”

On the work front, Nushrat Bharucha will next be seen in Hansal Mehta’s Turram Khan.