Parineeti Chopra And Her Mother Victims of Sexism

Thousands of women even today face sexism. In interviews, in colleges, amongst family and within their own homes. Sexism is an unspoken, assumed prejudice that men use to discriminate the fairer sex.

But it is not always the men who force patriarchy but an age old tradition that teaches a woman her so-called ‘place’. Our mother, and their mothers were all conditioned to assume that men are above them. Every house in every strata of society has this conditioning. However, it came to the surprise of many when Actress Parineeti Chopra disclosed that she was a victim herself.

The actress who played the lead role in Dibakar Banerjee’s movie “ Sandeep Aur Pinky Faraar”, told the media that she understood the role well. The actress who plays a woman struggling with society’s sexism was applauded for her onscreen performance. Parineeti stated, “ This film is uniquely written. People have become so immune to the patriarchy that they don’t even think about it. Women in India face this every day”. 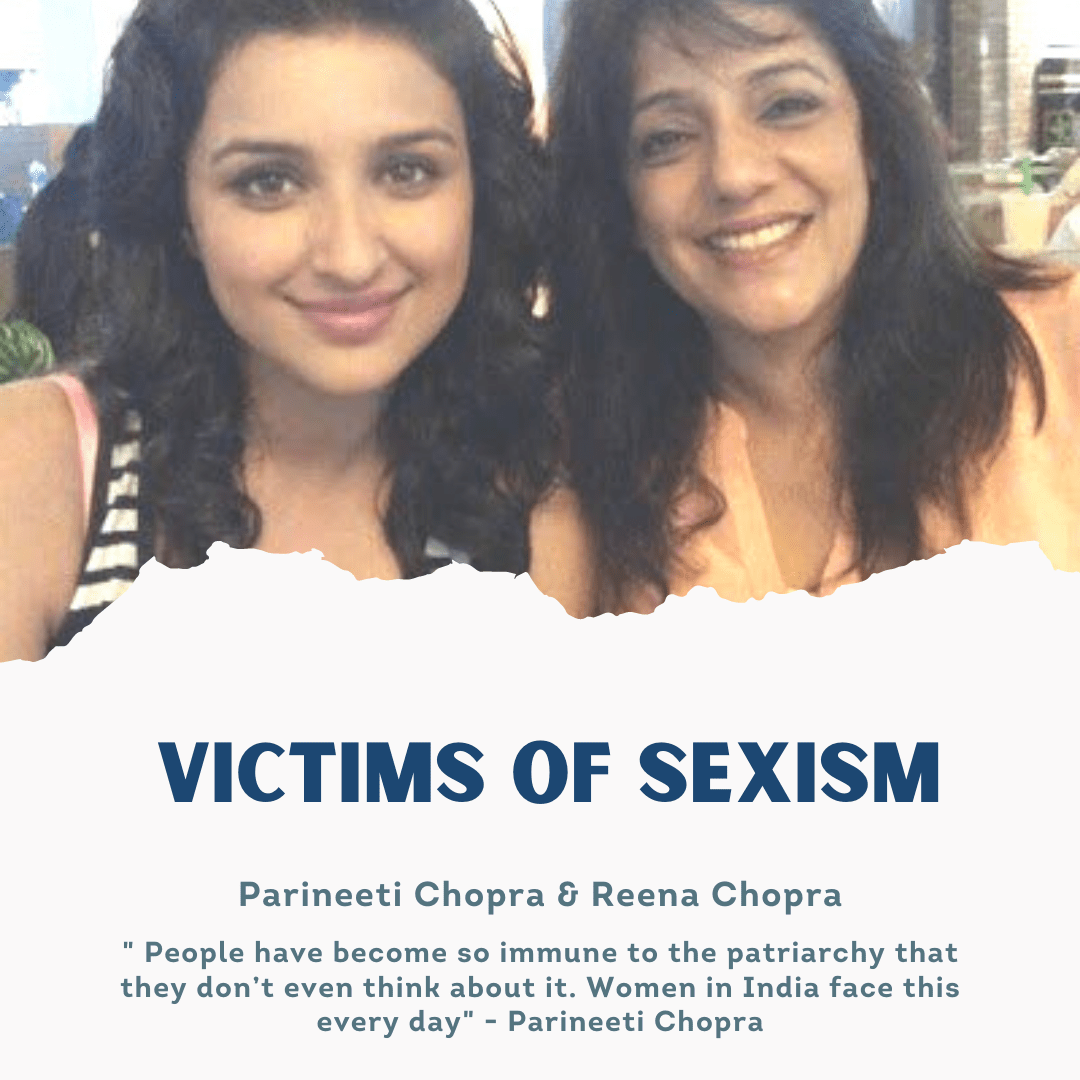 Her statement rings true, as thousands of women to this day remain immune to the virus of sexism. Most of us rarely even realize how tiny actions we do so unconsciously are actually a result of sexist conditioning. How many times have we opened the main door as a child, teenager or young adult and been asked, “ Is your father home”? This is exactly the same situation that Parineeti Chopra faced with contractors who are working on her house.

The actress also went on to share, “I was reminded of the small town I grew up in, where the women weren’t allowed to eat till the men went to sleep. They couldn’t eat while the men were still seated at the dining table. Even at my house, my mother wasn’t allowed to sit and eat”. Shocking, but so true.

While like Parineeti Chopra clarified that it was not her father’s doing, her mother still chose to do it. This is the conditioning of sexism.

It’s not the sole responsibility of the men in this society but of women as well. Hopefully, sexism will be taken more seriously and women begin to live in freedom devoid of patriarchal mindsets.