Bollywood and Hollywood superstar Actress Priyanka Chopra always is in the headlines for her personal and professional life. Currently, she is enjoying her motherhood to its fullest. Priyanka and her husband Nick Jonas became parents of A baby Girl through surrogacy 6 months before. Priyanka Chopra is very active on her social media. She often updates her fans about her. In this sequence Now Priyanka has shared a photo in which she is seen shopping in London. 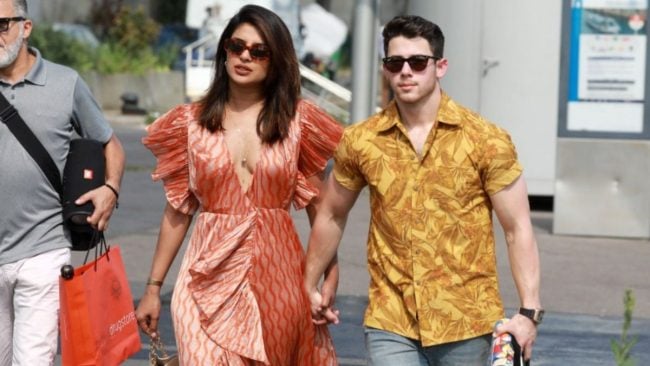 Priyanka Chopra shared a selfie with her husband and famous Los Angeles singer Nick Jonas. Priyanka recently posted a photo of her inside a store on her Instagram stories which fans are very fond of. In the photo, Priyanka wears black clothes and a mask for an outing. At the same time, Nick in a grey outfit wears a hat.

Nick and Priyanka visit a store 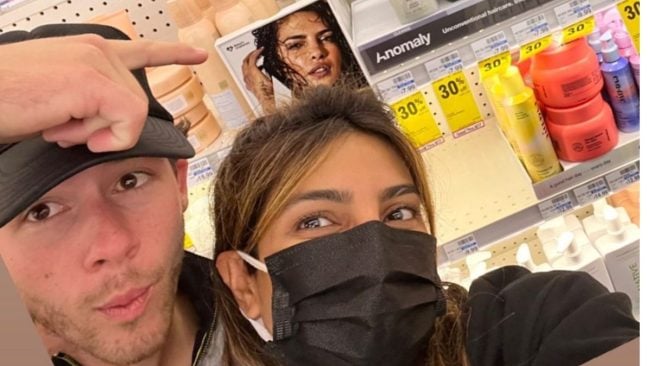 In the photo, Nick Jonas points to Priyanka’s hair care products on the shelf behind the store. Priyanka stood next to Nick. We are pleased to announce that Priyanka had launched the Anomaly hair care line in 2021. Priyanka often shares photos of Nick with her on Instagram. She recently travelled to Mexico City with Nick and attended a Jonas Brothers concert. 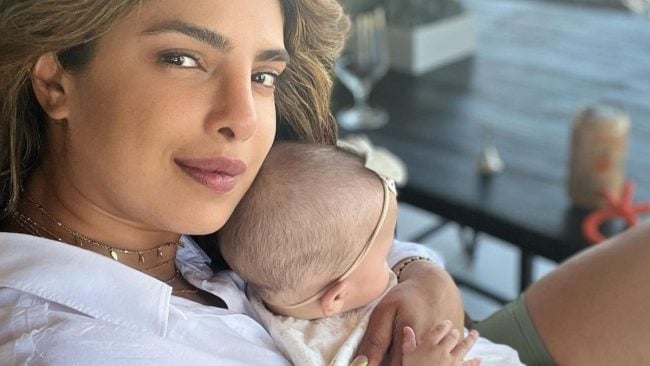 Nick Jonas and Priyanka Chopra got married in 2018 and Priyanka lives in Los Angeles. After the wedding, the couple had two receptions in Delhi and Mumbai. Then, in January 2022, Priyanka and Nick became parents of a daughter through surrogacy. Speaking about Priyanka’s work, she will soon appear in Hollywood projects such as ‘All Coming Back To Me’. Priyanka will also star in the Russo brothers’ new series The ‘Citadel’. At the same time, the actress will be working with Alia Bhatt and Katrina Kaif in Farhan Akhtar’s upcoming film Jee Le Zara.