Ramesh Babu, Actor Mahesh Babu’s Brother, Died At The Age Of 56- Deets Inside!

Ramesh Babu, the elder brother of Telugu actor Mahesh Babu and the firstborn son of actor Krishna, died on the night of Saturday, January 8. The actor and producer were 56 years old at the time of his death. The Ghattamaneni family announced the news on Twitter and asked that well-wishers refrain from gathering at the cremation site and follow COVID-19 guidelines. 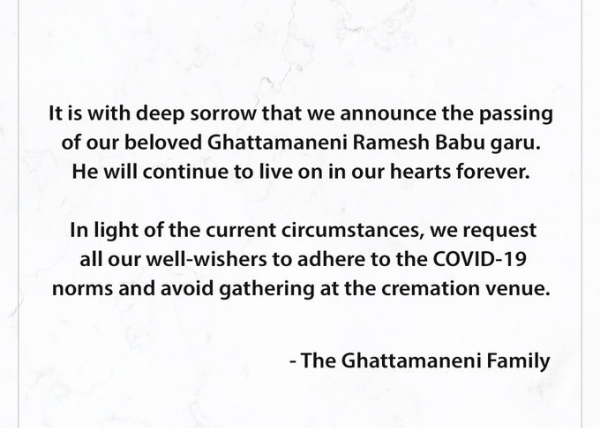 Mahesh Babu is currently held in isolation after testing positive for coronavirus. He expressed his sorrow over the death of his elder brother, Ghattamaneni Ramesh Babu, and expressed gratitude to the renowned actor-producer for being a source of courage for him.

Mahesh also took to Instagram to remember his brother. Sharing an old picture of Ramesh Babu, he wrote, “If not for you, I would not have been half the man I am today. Thank you for everything you’ve done for me. 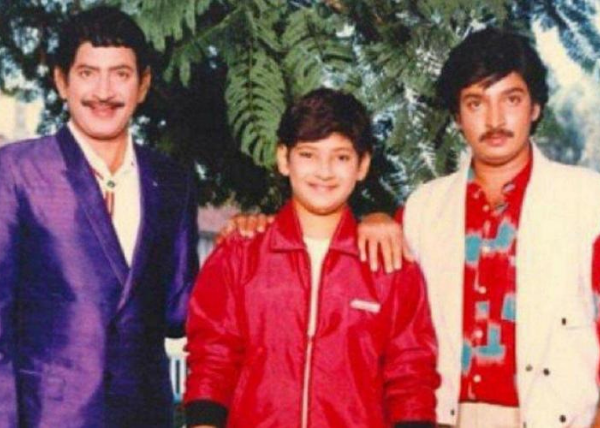 Ramesh Babu had been suffering from liver problems for a long time, according to sources, and his health had deteriorated on the night of January 8.

Ramesh Babu started his cinema career as a child actor, primarily in the films of his father Krishna, including the 1974 success Alluri Seetharama Raju. After taking a hiatus from performing in the early 1980s, he made his directorial debut in 1987 with the film Samrat. He went on to star in several films, including Bazaar Rowdy, Krishna Gari Abbayi, and Naa Ille Naa Swargam. He stopped performing in 1997 and became a producer, working on several of his brother Mahesh Babu’s films, including Arjun, Athidhi, and Dookudu.

According to Eenadu, Ramesh Babu is survived by his wife Mrudula, daughter Bharathi, and son Jayakrishna. Many Tollywood actors and directors were saddened by his death.