68 years old Gajendra from Uttar Pradesh used to be a singer in All India Radio, Indore, Madhya Pradesh, before landing in District Jail, Faridabad. While entering the jail, he thought this would be the end of his singing career but what he got, is no less than a surprise. Today, he has acquired the identity of a jail radio singer.  This identity has come with the release of the signature tune that he has written and sang for Faridabad Jail Radio. This 45 second song was released on the occasion of Public Radio Broadcasting day by Tinka Tinka Foundation on its  YouTube Channel of Tinka Tinka Prison Reforms. These podcasts are the exclusive podcasts in India which are solely dedicated to prison reforms. These are conceptualised, written and voiced by India’s prison reformer Dr. Vartika Nanda. Signature tune by Gajendra appeared in the 33rd podcast of the Tinka Tinka Jail Radio podcast.  It is to be noted that prison radio in Haryana is the brainchild of Vartika Nanda. These jail radios are based on the Tinka Model of Prison Reforms. 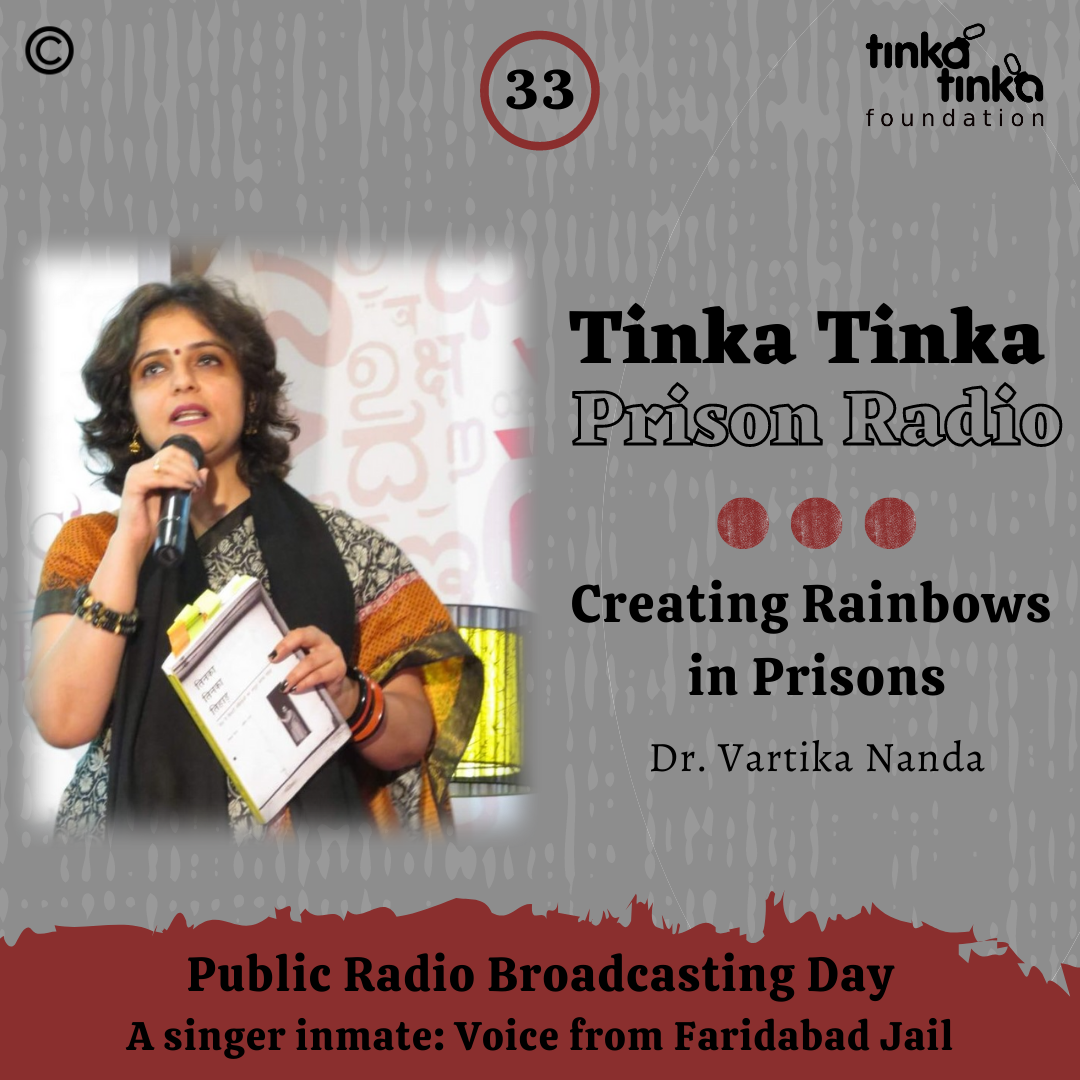 District jail Faridabad is considered as one of the modern jails in India. It is known for its paintings, pottery and other art and craft works of inmates which are displayed in Surajkund Mela every year.

Prison Radio, in District Jail, Faridabad was inaugurated on 28th January, 2021 by Director General of Prisons Shri K. Selvaraj, Shri Jai Kishan Chillar, Superintendent and Vartika Nanda, Founder of Tinka Tinka Foundation. Shri Jai Kishan Chillar was given the Tinka Tinka India Award for the year 2021 by Shri Arvind Kumar, DG, Prisons, Madhya Pradesh for his extraordinary work towards jail reforms. Tinka Tinka India Awards are exclusive awards constituted by Vartika Nanda that are given annually to jail inmates and prison administrators. These awards have completed 7 years of its celebration of art and creativity.

Jail radio is aimed at addressing the vital communication needs of inmates.  The purpose of the prison radio is to promote art, creativity and harmony in the jail.  Shri Kishan Chillar says that, “Jail radio has redefined the lives of inmates. We see tremendous change in these inmates on a daily basis. It has a deep impact on the prison environment. There is a clear reduction of cases of aggression and depression.“

Brainchild behind the amplifier

Inmates are being  auditioned, trained and prepared for broadcasts by prison reformer Dr. Vartika Nanda, Founder, Tinka Tinka Foundation. She is the head of Department of Journalism at Lady Shri Ram College, Delhi University.  Tinka Tinka Foundation recently came into limelight with the release of a special documentary by BRUT. This is an exclusive film on prison radio in India.