When our favorite celebrity couple heads for a split, we as fans also take a lot of time to process it. The latest rumor about Naga Chaitanya and Samantha Ruth Prabhu’s marriage hitting a rough patch has left everyone wondering what exactly led to the strain in their relationship.

The two have been making the headlines for quite some time now and if reports are to be believed, they are heading towards separation. Now, according to the latest development, a source has revealed to Pinkvilla that Samantha was keen on starting a family with Naga Chaitanya. 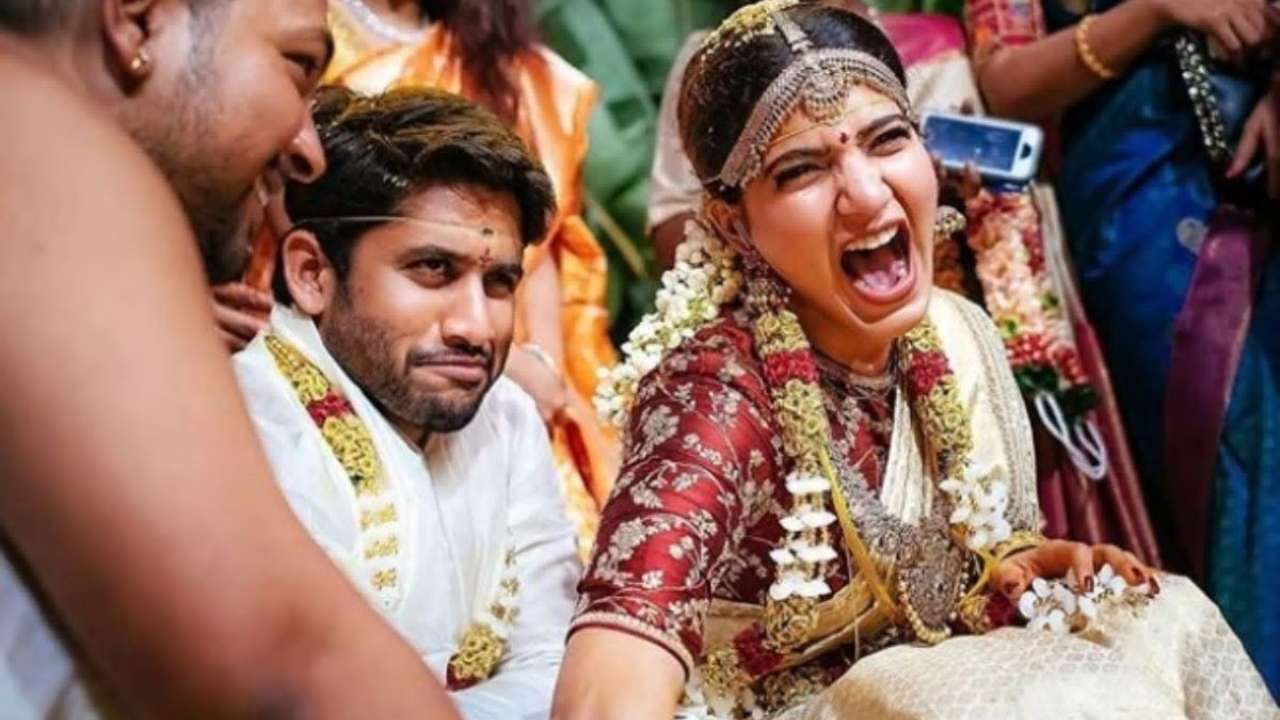 According to the report, the source said, “We as an industry are currently baffled with the speculations going around about Samantha Akkineni and Naga Chaitanya. As an actress, everyone knows she is very family-oriented. She actually wanted to start a family with Chaitanya and she didn’t sign any projects or read scripts for the same reason. The family has always been her priority and she wanted to balance it to start a family. Her friends, producers, actors, everyone who knows Samantha knows how important her family is to her.” 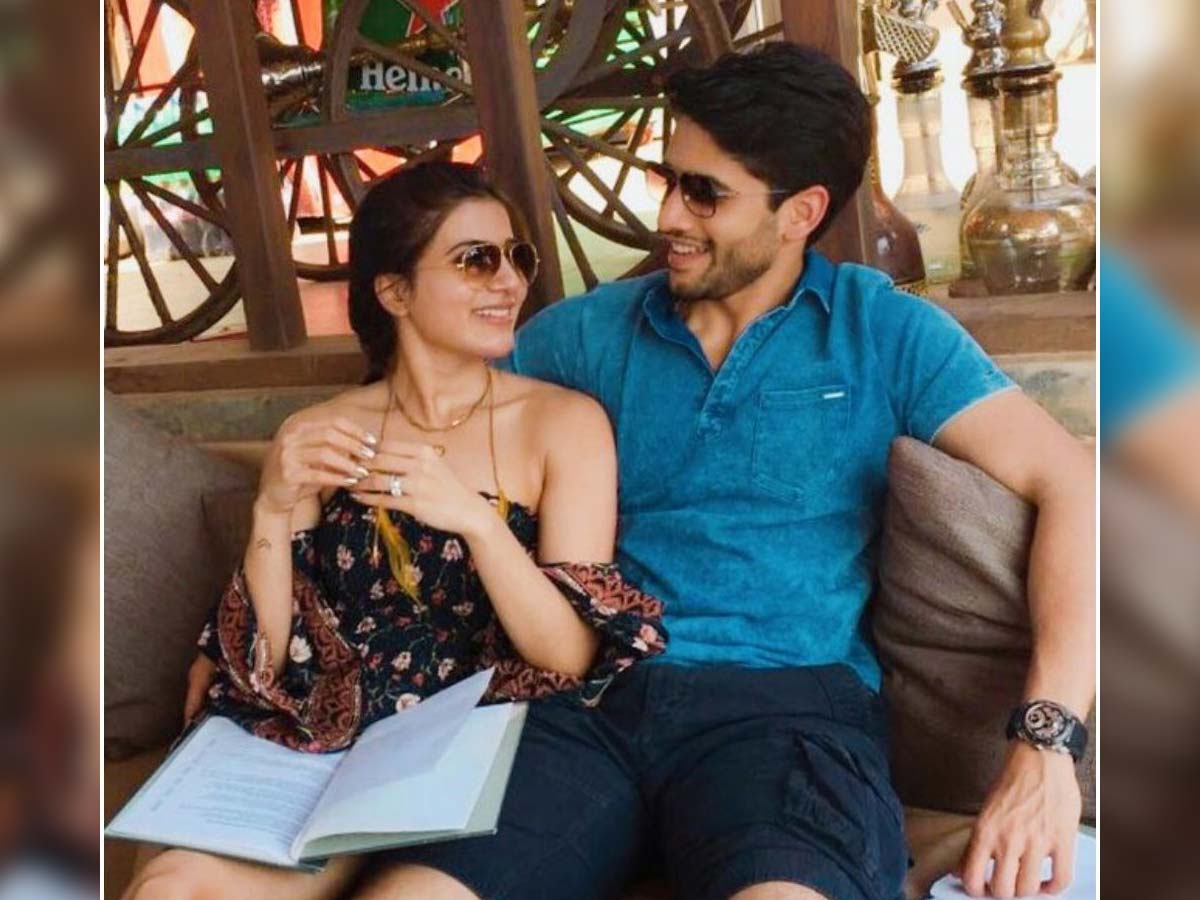 However, no further details about their relationship came to the forefront as even they are confused about Samantha and Chaitanya’s rumors of separation.
Recently, after weeks of many speculations floating on social media, Samantha and Chaitanya have exchanged wishes through Twitter. Actor Naga Chaitanya shared the trailer of his upcoming Telugu movie, Love Story in a tweet on Tuesday. Samantha retweeted it to wish the team the same. Later we saw, Chaitanya thanking his wife Samantha for sharing the trailer.
Quoting Chaitanya’s tweet, Samantha wrote: “Winner. All the very best to the team.” Although, in her tweet, Samantha specifically wished Sai Pallavi. 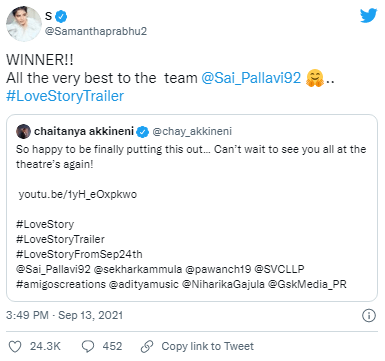 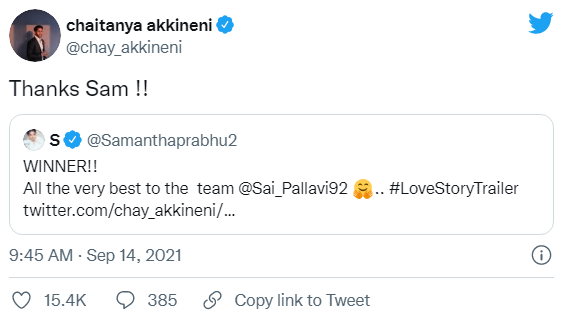 The rumor of trouble in the Akkineni household first surfaced when the Family Man 2 actress, in July, changed her display name from Samantha Akkineni to the letter S, though her name on Facebook continued to be read as Samantha Akkineni. While some fans hypothesized that “S” is the first letter of the title of Samantha’s next film Shakuntalam, a mythological epic love story, some others took it as a signal of a split between Samantha and Chaitanya.
Hope this stunning couple sort out their differences soon.