Shahid Kapoor Opens Up On His Wife, Mira’s Decision Of Marrying Him At The Age Of Twenty

Shahid Kapoor and Mira Rajput are among the rock steady couples in Bollywood. Despite their age gap, Shahid and Mira have beautifully managed their life together.

The thought of leaving your home in order to create a new world of your own can scare the strongest of hearts. And while the Gen-X is scared of love and relationships, Mira Rajput Kapoor had taken the biggest decision of marrying someone at the mere age of twenty. Her Instagram bio reads, ‘Girl from another world’ and it perfectly sums up her big choice of creating her own family.

We still remember the day when Mira had walked out of the airport amidst the paparazzi circus holding her true love, Shahid’s hand. The duo made us believe in love and the institution of marriage. However, there were many who had criticized her for her choice and called her a ‘trophy wife’, but Mira kept surprising us and gave all the homemakers an identity. Still, after four years of their ‘happily ever after’, gossipmongers cannot stop trolling her for getting married at such a young age. 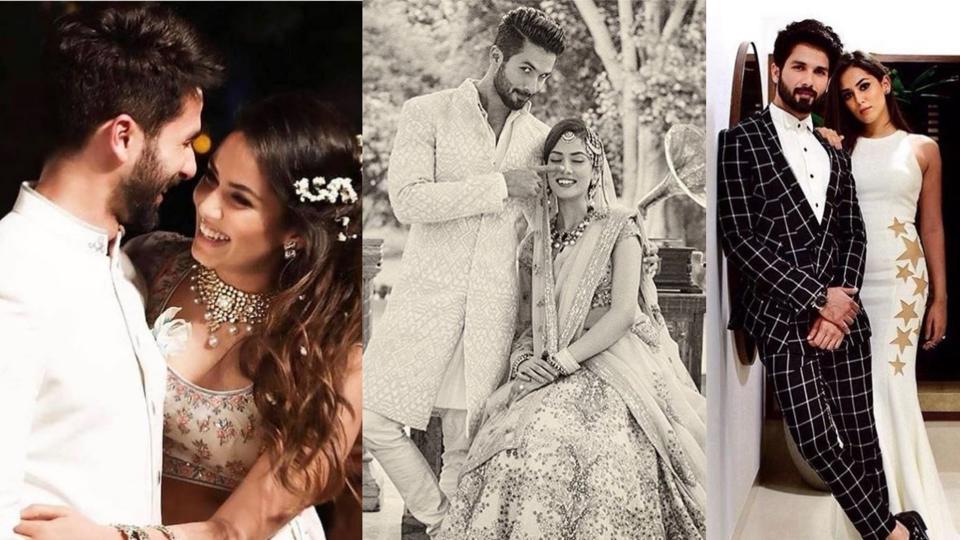 Shahid also talked about his wife’s plan of having kids at an early age and shared “Because she was like, ‘By the time I was 25, I’d be done being a wife, I’ve had both my kids and I’ve had time for myself.’ So, why should I be clarifying her choices? Why is everybody judging other people on their choices? Let everybody be who they want to be. Decide for yourself who you want to be and learn to respect who somebody else wants to be. It’s essential.”

❤️ happy Diwali everyone. Hope you spent it with those who matter most.

In a recent interview, Shahid Kapoor spoke about how his relationship has evolved. Shahid mentioned that sometimes he feels his life is a struggle. The Kabir Singh actor mentioned that he doesn’t know how to balance his time between his wife, Mira, kids, and work. Shahid revealed that there are times that Mira feels that she isn’t a priority. However, the Kabir Singh star mentioned that despite all of that, Mira is his biggest reality and that constantly they are working together at their relationship to make things easy smooth. Shahid even mentioned that Mira once told him that earlier she used to wonder why his films didn’t work and now after being together, she knows and understands.

Their photos always go viral on social media and it would not be wrong to say that they are one of the most good looking couples in Bollywood. Well, Mira and Shahid are definitely setting #CoupleGoals!