Shahid Kapoor Reveals Jersey Director Asked Him If He Could Match His Father’s Acting Skills After A Shot With Him; Read More!

Bollywood actor Shahid Kapoor recently met media during the trailer launch of his upcoming film titled Jersey. During the press conference, he revisited his first day of shoot with his father, Pankaj Kapur for Jersey. In the conversation, Shahid revealed that the film’s director, National Award-winner Gowtam Tinnanuri, asked him if he will be able to match his father, Pankaj’s performance in the movie.

“There is a scene where we (Shahid and Pankaj Kapur) are having tea together. That was our first day together. I had shot for 15 days already. So for some reason, Gowtam (Tinnanuri) took his shot first. My dad did the take and suddenly Gowtam’s expression changed. Then he (took me) to the corner and I was like ‘what happened?’ He was like ‘Sir, will you be able to match his performance because he is outstanding,” Shahid was quoted as saying. 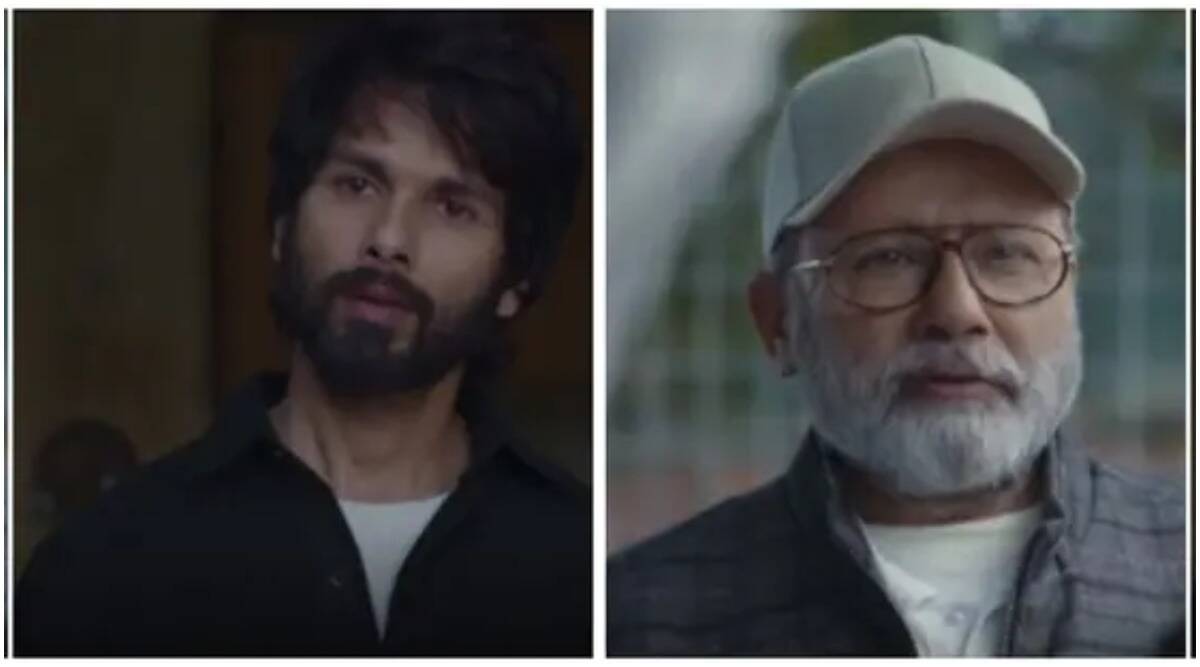 Adding to the same, he said, “I am not intimidated by him, but I wanted to do my best. It’s amazing to stand with a great actor like him. It’s just amazing seeing what he is doing with his craft. When I worked with Irrfan sir, Tabu ma’am, Kay Kay sir, and him – it’s always a learning experience. It’s scary when you feel you are the best thing in anything. You should always learn.” Shahid Kapoor has already acted in two films with Pankaj Kapur. Their first on-screen collaboration was with Mausam (2011). In 2015, they were seen together in Shaandaar. Jersey is the third film of this father-son duo.

Besides Shahid and Pankaj, Jersey also stars Mrunal Thakur. Mrunal took to her Instagram to share the trailer. Along with it, she wrote, “Unleash the power of dreams for the ones you love! Here’s presenting the #JerseyTrailer.”

Jersey is a remake of the Telugu National Award-winning movie of the same name. It is produced by Aman Gill, Dil Raju, and S Naga Vamsi. Gowtam, who helmed the original Telugu Jersey has directed the Hindi remake also. The music directors of Kabir Singh, Sachet and Parampara, have composed the songs of this film. The film will release in theatres on December 31 this year.