Amazon Prime Video has announced the date for the world premiere of the original film ‘Sharmaji Namkeen’ starring late Bollywood actors Rishi Kapoor and Paresh Rawal. This film will be streamed on the OTT platform Amazon Prime Video on March 31, 2022. 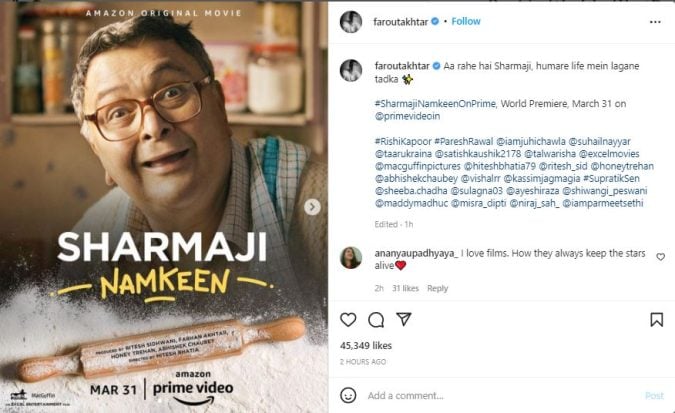 Rishi Kapoor will be seen in one half of the film and Paresh Rawal is going to be seen in the half part of this film based on this cheerful kahani of a 60-year-old man. This is the last film of late actor Rishi Kapoor, after his death, many questions were raised on the film. He died on April 30, 2020. After this, Paresh Rawal has completed the shooting of his part in the film. In this film, Rishi Kapoor will be seen playing the character of a 60-year-old man who falls in love with a woman. The story of the film will be based on the life of a recently retired man, Sharmaji Namkeen, who joins the kitty circle of women, after which he discovers his unexplained passion for cooking. 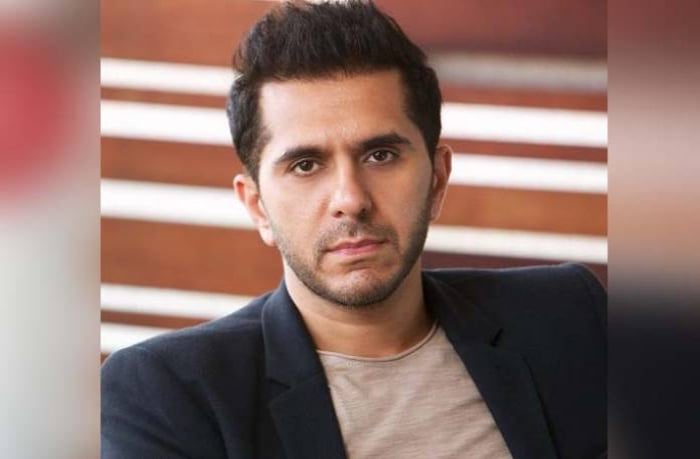 Talking about the film, Ritesh Sidhwani said, Sharmaji Namkeen is a slice-of-life story of an ordinary man. Expressing gratitude for the work of late actor Rishi Kapoor in this family entertainment, he paid tribute to him. Juhi Chawala, Rishi Kapoor, and Paresh Rawal are going to be seen in the lead roles in this family entertainment. Apart from this, Suhail Nayyar, Taruk Raina, Satish Kaushik, Sheeba Chadha, and Isha Talwar are also going to be seen in important roles. Let us tell you that this film is directed by Hitesh Bhatia, who is making his directorial debut in Bollywood with this film. The film Sharmaji Namkeen is produced under the banner of Excel Entertainment and McGuffin Pictures. Paresh Rawal is working on the film Dear Father and The Storyteller. He was last seen working in the film Hum Do Hamare Do.