At the same time, Rubal Shekhawat of Rajasthan was declared as the first runner-up in Miss India 2022, while Shinata Chauhan of Uttar Pradesh was crowned the second runner up. Like every time, this time too the Miss India contest was special in itself. This time in this competition there was a tough competition between the 31 fairies of beauty. 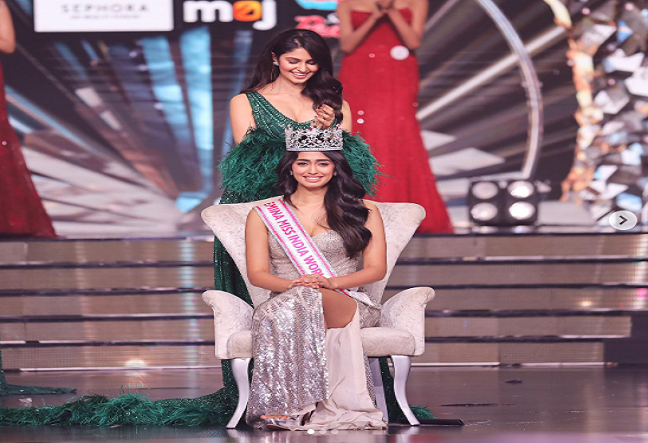 The winning models from different states of India entered the field and rocked the ramp. In this entire competition, the names of some beautiful models were very much discussed, including Riya Tirkey of Jharkhand. But in the end, Sini Shetty of Karnataka took the crown of Miss India 2022. 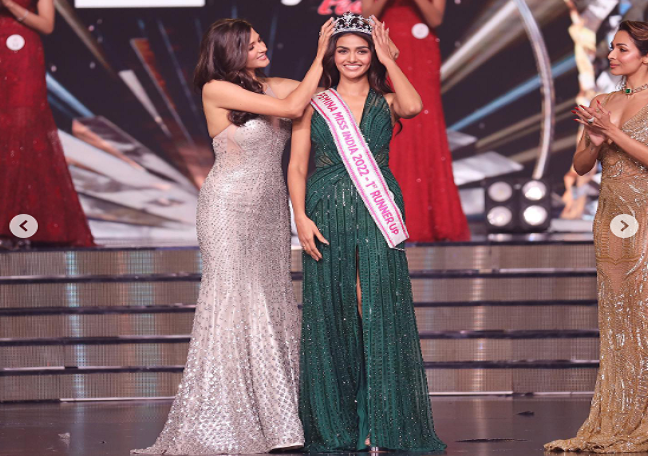 Bollywood stars were also seen on the red carpet of the Grand Finale of Miss India 2022. As soon as the film stars landed on the red carpet of this beauty event, everyone’s eyes stopped on them. All the Bollywood actresses were wreaking havoc. In this event, Malaika looked amazing in golden color deep neck transparent gown. At the same time, actress Neha Dhupia also appeared in silver color gown. Kriti Sanon’s look in black and white color bell bottom style outfit also looked quite elegant.