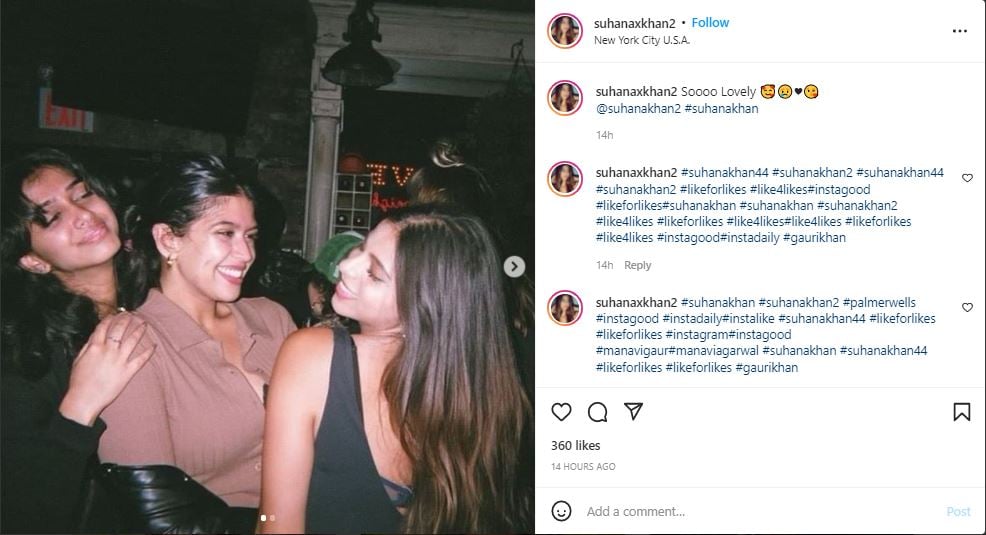 Shah Rukh Khan’s daughter was studying in America. Suhana Khan was studying at New York University. Last time she informed that she was going back. She shared a photo on which it was written, “No problem if you are leaving New York, even then you will remain from New York.” Along with this, she also shared the emoji of heartbreak. 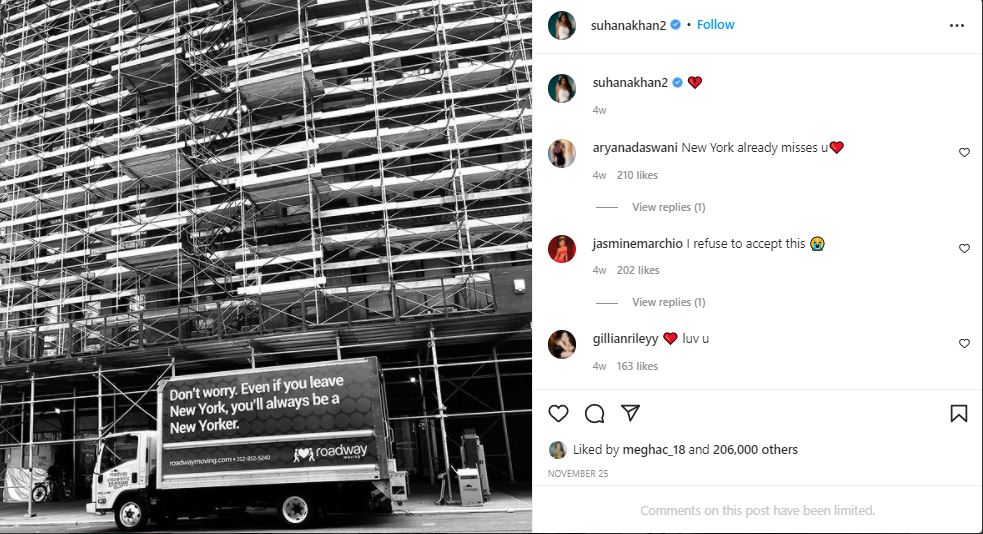 Suhana Khan was away on social media after the arrest of her brother Aryan Khan. Actually Aryan Khan was arrested in the drugs party case. He was accused of participating in a drug party going on in a cruise. After that he was jailed for 1 month. He has got bail on 28 October. Suhana Khan has not reacted to this yet. Although she forwarded a post by Hrithik Roshan, in which she favored Aryan Khan. Suhana also shared a black and white photo in which Shah Rukh Khan and Aryan Khan were seen. Suhana Khan in news after the arrest of her brother Aryan Khan. Now, news is coming about Suhana Khan that the actress is soon going to debut in Bollywood with ‘The Archies’. This project belongs to Netflix but no announcement has been made regarding its release yet. It is also being said that Karan Johar will launch her in Bollywood. Now, when Suhana will debut, it will be known in the coming time.