Urfi Javed remains in the discussion on social media every day. She often keeps doing something new with her dressing sense. Urfi Javed, who has made headlines for her fashion and styling, is very active on social media. She keeps sharing something or the other with her fans every day. Her videos and photos become viral as soon as they appear on the Internet. 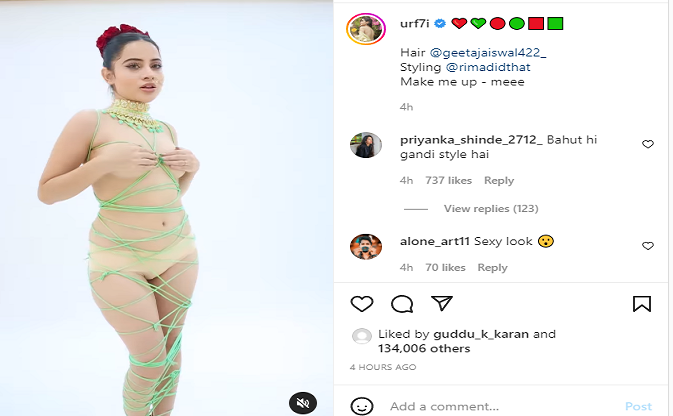 Due to her unusual outfits, she has to be a victim of trolling many times. However, despite this, she wears clothes according to her mind regardless of the people. In this sequence, she has recently shared a video of herself on Instagram. In this video that surfaced, Urfi was once again seen in a bold style. This video of Urfi is becoming increasingly viral as soon as it surfaced on social media. 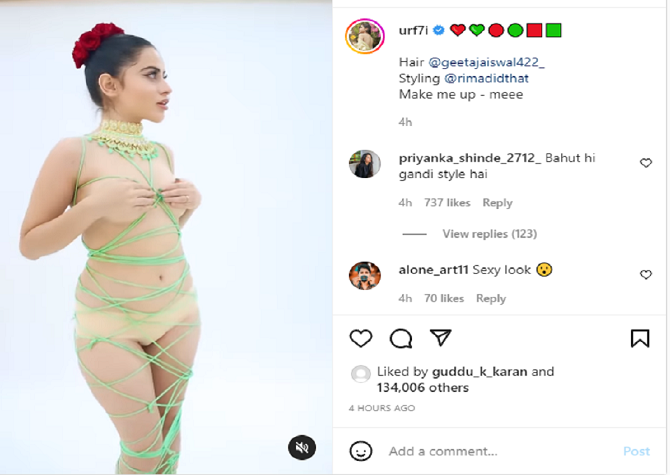 Urfi is seen doing a new experiment this time as well. This time she not only went topless but also appeared braless. In the video, she is seen covering her breasts with her hands without clothes. Along with this, she has wrapped her entire body with a green wire. To complete her look, Urfi wore a matching green choker around her neck and rose flowers in her hair. And nude makeup and Nath are adding charm to this look of Urfi. 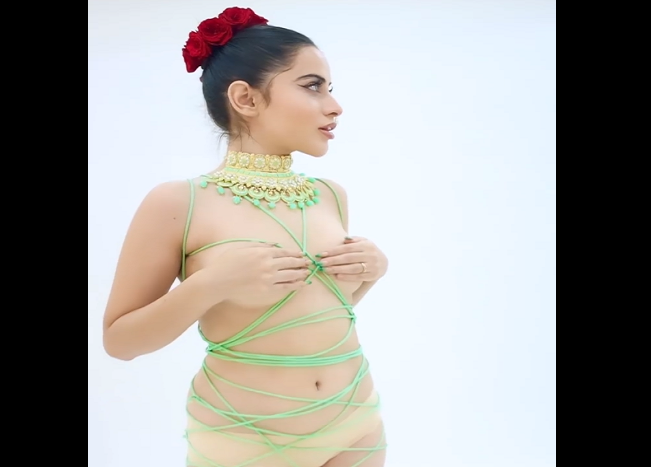 In this bold style, Urfi looks very confident. At the same time, her fans are liking this video, while there are some who are trolling her for it. Commenting on this video of her, a user wrote, “Very dirty style”. At the same time another wrote, “Doobkar majao”. Another user wrote while commenting, “Still behind Ranveer Singh”. A user wrote, “Poor people do not have clothes”. Other people are also giving their feedback on this video of Urfi by making various comments. Meanwhile, many people are praising her beauty and boldness.